Fatal crash closes street in Fullerton for at least 6 hours 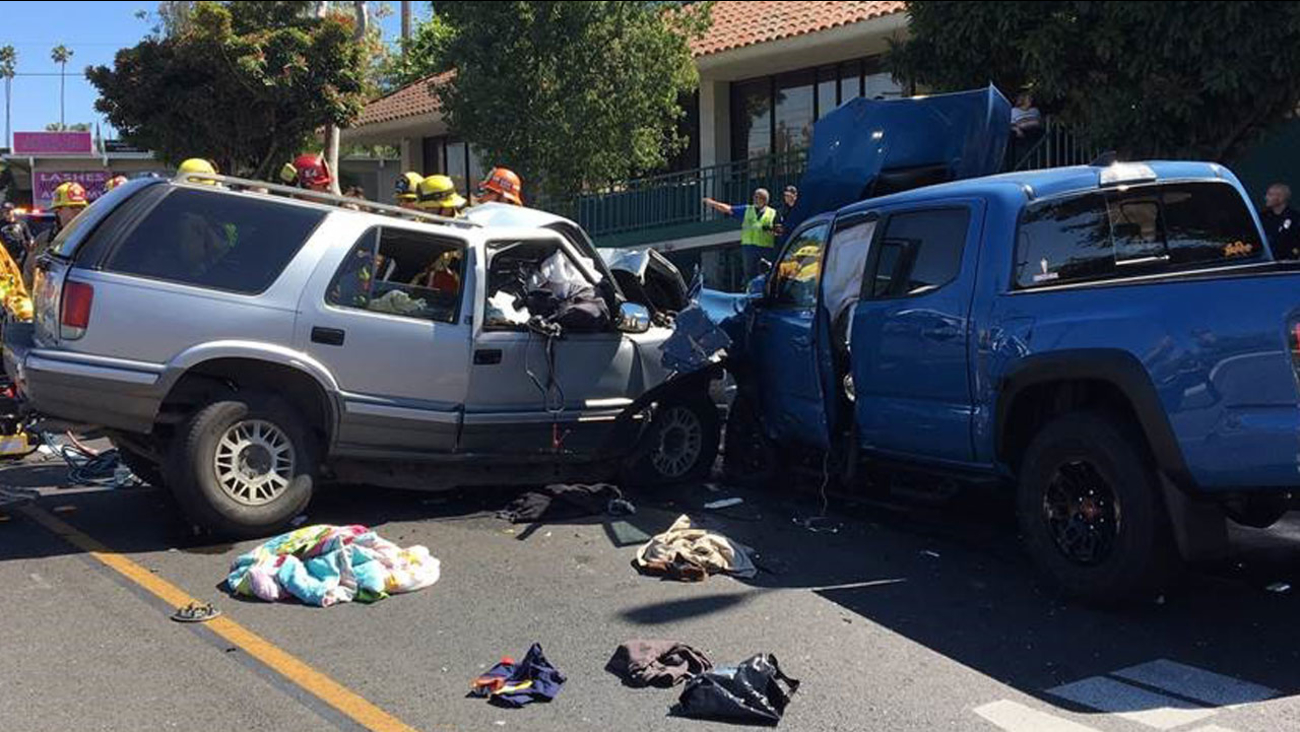 Fullerton police tweeted out images of a fatal car crash that shut down a street in the area for at least six hours on Monday, June 25, 2018. (KABC)

The crash happened around 3:17 p.m. on Harbor Boulevard between Las Palmas Drive and Imperial. Authorities estimated the area would be closed for at least six hours.

A blue 2018 Toyota Tacoma and a silver 1996 GMC Jimmy collided in the southbound lanes of the boulevard. The male driver of the GMC was trapped inside the vehicle with life-threatening injuries, authorities said.

Authorities responded to the scene and took the driver of the Toyota to a trauma center with serious injuries. Emergency personnel tried to rescue the GMC driver, but he died at the scene, authorities said.

A preliminary investigation revealed that the GMC driver went northbound on the boulevard when for an unknown reason he veered into the center divider and crossed over into southbound lanes. He struck the Toyota head-on as it went southbound.

The man in the GMC was not identified pending notification of next of kin.

It was unknown if alcohol or drugs played a factor in the crash. The investigation is ongoing.