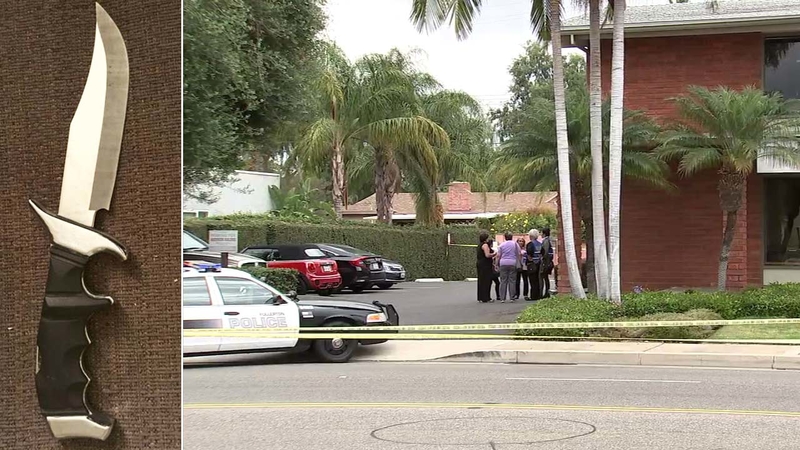 FULLERTON, Calif. (KABC) -- Police fatally shot a woman who investigators say stabbed her therapist in her office in Fullerton on Thursday.

The incident occurred shortly after 7:30 a.m. inside a building on the corner of Chapman and Acacia avenues.

Police said a female therapist was seeing her female patient in her office, when the patient produced a knife and stabbed the 40-year-old therapist.

A witness inside the therapist's office called 911, then a second 911 call was made by the therapist, who said she had been stabbed by her patient.
EMBED More News Videos

Police fatally shot a woman who investigators say stabbed her therapist during a session in her office in Fullerton Thursday.

Two Fullerton police officers arrived on scene four minutes after the first 911 call, and they immediately entered the therapist's office.

The suspect had barricaded herself inside an office with the therapist. Fullerton police forced entry into that office and confronted the suspect, who still had possession of the knife, and an officer-involved shooting occurred, investigators said.

The suspect was pronounced dead. Police said a knife was recovered at the scene. "It was a large knife," said Sgt. John Radus.

The therapist was transported to a local trauma center with non-life threatening injuries.

Police did not immediately release information concerning the suspect's identity and had no immediate information on a motive for the stabbing.

Fullerton police said Chapman Avenue at Acacia Avenue was shut down due to the investigation.