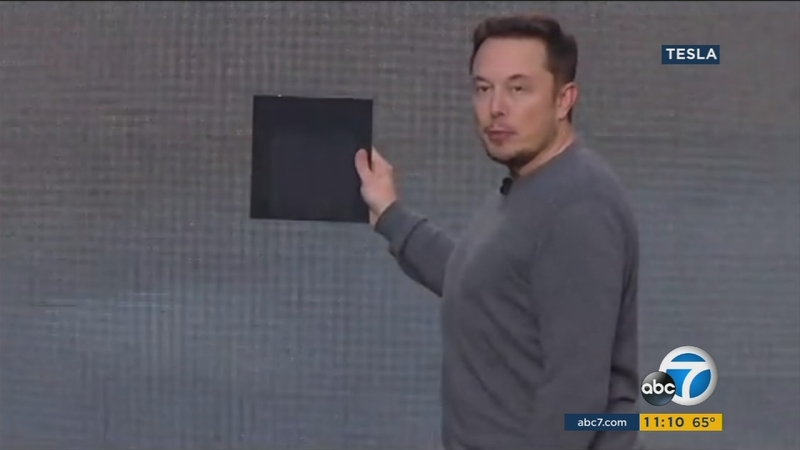 The Tesla CEO spoke to a crowd surrounded by his company's electric cars, and his newly-introduced energy products.

This included a longer-lasting home battery and a new solar roof system planned to be offered through SolarCity, a company he hopes to merge with Tesla.

In June, Tesla proposed buying SolarCity, the largest home solar-panel installer in the U.S., in an all-stock deal worth around $2.45 billion. Shareholders are expected to vote on the deal on Nov. 17.

The glass tiles, which come in four styles (for example, Tuscan Glass Tile), contain photovoltaic cells that Tesla says are invisible from the street. They're meant to power a home when integrated with Tesla's Powerwall, energy storage units for homes that are mounted on the wall or kept on the ground. The new version of Powerwall costs $5,500 but there was no price announced for the tiles at an unveiling Friday night.

"As the angle changes, it goes from transparent to opaque," Musk said when describing the roof tiles.

Musk said the solar-powered tiles are part of the roof itself and are designed to look better, last longer and cost less.

"The key is to be beautiful, affordable, and seamlessly integrated. And then if all those things are true, why would you go any other direction?" Musk said.

It's the direction the billionaire envisions as part of a future fossil-fuel free lifestyle.

"That's where we're headed, and I hope you agree that's the future we want," Musk said.