Gal Gadot is back as the title character in director Patty Jenkins' "Wonder Woman 1984." This time around, Gadot is also a producer.
OTRC
By George Pennacchio 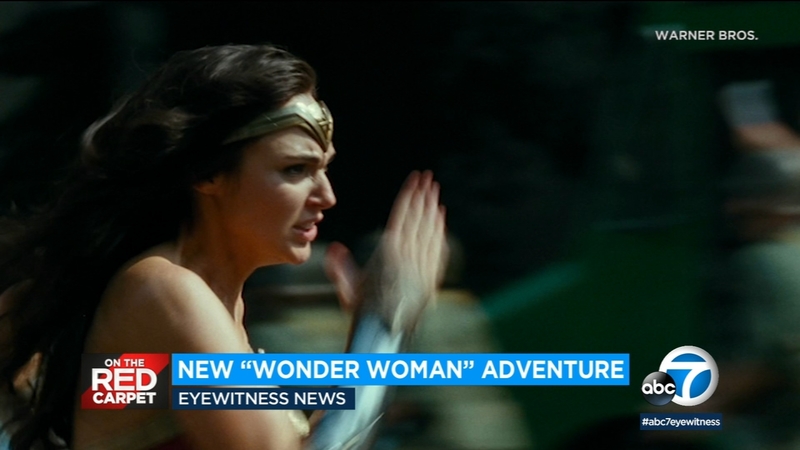 'Wonder Woman' brings her superpowers back to the screen

HOLLYWOOD -- After months of delays because of the pandemic, "Wonder Woman" is finally back in action.

The original film took place during World War One. For the sequel, our superhero is now living in 1984. Gal Gadot is back as the title character in director Patty Jenkins' "Wonder Woman 1984." This time around, Gadot is also a producer.

"The collaboration that Patty and I have is very, very special so I was very involved with the first one as it was. But being a producer meant a lot for me and I just felt even more empowered," said Gadot.

This time out, Wonder Woman is dealing with an evil mastermind who wants to rule the world. And a co-worker who wants to be like Wonder Woman, only stronger and diabolical. Kristen Wiig is the other half of this "cat" fight. She turns into Cheetah. And once again, the fight scene choreography is top notch.

"There's always things to learn, especially in this one," said Gadot. "Patty really wanted to have as minimum amount of CGI in the movie which meant that we had to do so much more. So there was a lot of labor putting into all these action sequences. It's the most ambitious movie and the hardest movie I've ever got to work on and I hope it's going to transcend and I hope they're going to enjoy it."