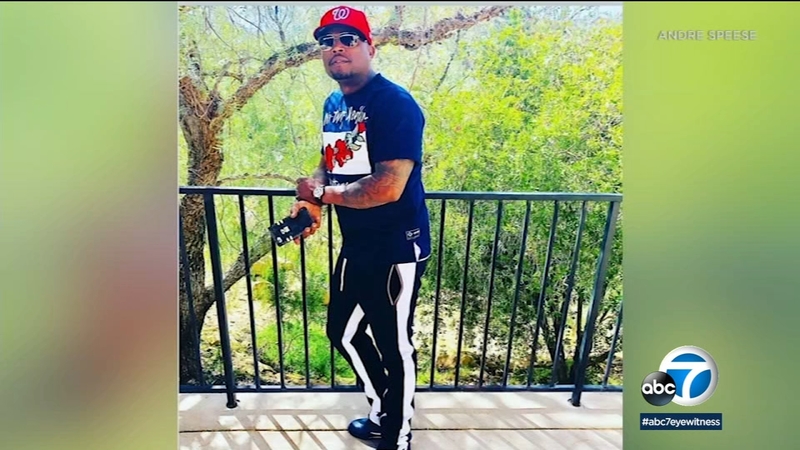 Security guard charged with murder after fight over mask

GARDENA, Calif. (KABC) -- A security guard at a Gardena market is charged with murder after allegedly fighting with a customer who wasn't wearing a face mask.

Prosecutors say the two men began arguing when Lewis entered the market without wearing a face mask. Lewis then left the market but when he returned the two fought again and Hawkins fatally shot him as he walked away, prosecutors said.

Friends of the victim say Lewis had just turned his life around after spending time behind bars.

He rapped under the name Madd Head. His friend, Andre Speese, says Lewis became like a brother to him after they met each other in prison.

"From low to high places, going through life, you know. (He was) a good man, (with a) good heart," he said.

A statewide order was issued by California's governor last month requiring people to wear face coverings while entering most indoor settings to prevent spread of coronavirus. Across the US, face coverings have become a point of fiery debate, with parts of the population refusing to wear them while others plead that masks could save lives.

A McHenry woman has been charged with battery after she became violent and made racist statements at a Home Depot when a fellow shopper asked her to put on a face mask.

As more mandates requiring face masks go into effect throughout the country, store employees have often been tasked with the tall order of enforcing those rules and are often times greeted with harsh responses. In May, a Michigan security guard was fatally shot after telling a customer to wear a state-mandated face mask. Another guard, this time in California, walked away from a fight with customers with a broken arm after they refused to wear face masks in a Target store.

The two pleaded not guilty to the charges Wednesday. Hawkins is being held on $1 million bail and faces 50 years to life in prison if convicted. Carter's bail was set at $35,000. She faces up to three years in prison.

They are scheduled to return to court on July 10.