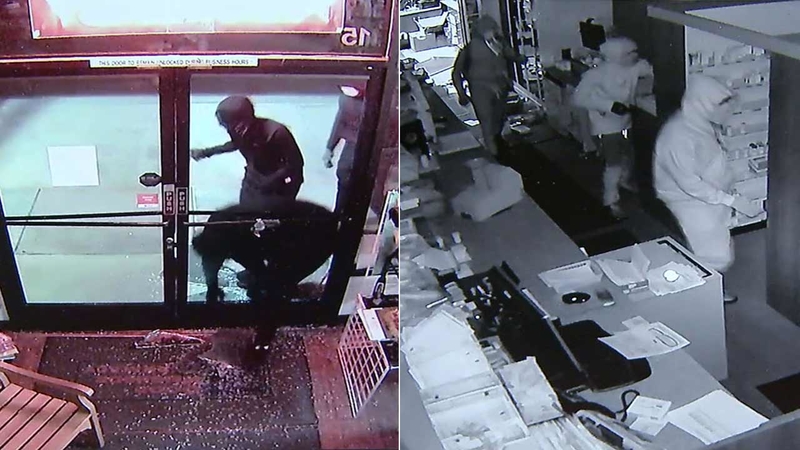 GARDENA, Calif. (KABC) -- Burglars broke into a pharmacy in Gardena by smashing the glass on the front door. The brazen break-in was all caught on surveillance video.

The footage shows the burglars trying several times before successfully breaking the glass at the Meiji Pharmacy in the 1600 block of West Redondo Boulevard shortly before 2 a.m. on Thursday.

Once inside, the suspects headed straight for the prescription drugs, breaking down a door to get behind the counter.

The video shows the culprits grabbing drugs from the pharmacy shelves and from under the counter before leaving the store.

Cliff Yamashita, the pharmacy's owner, said this is the third burglary in his shop in just the last six months.

In all, the burglars were in the store for only about 30 seconds. They got away with some asthma medication, which was most likely not their intended target.

If you have any information about this crime, you're urged to call police.
Related topics:
gardenalos angeles countyburglarypharmaceuticalssurveillance video
Copyright © 2021 KABC-TV. All Rights Reserved.
RELATED 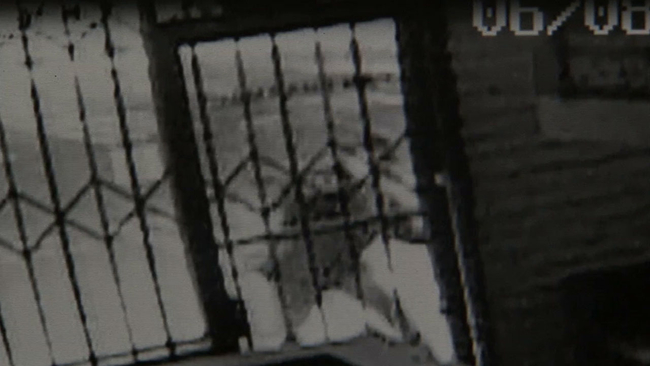 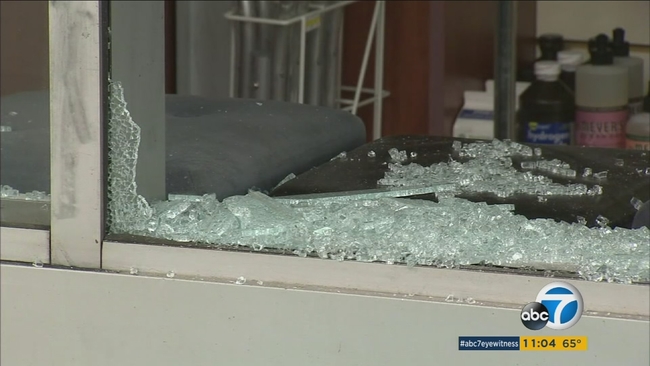 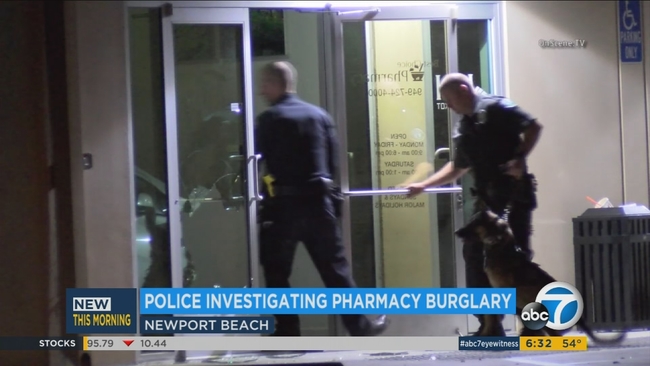 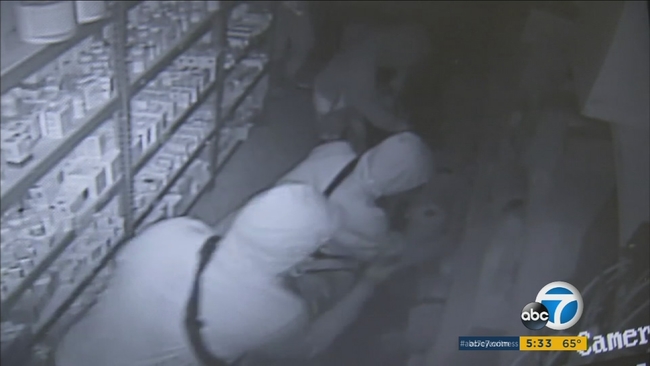