Andres Guardado, 18, was fatally shot by a Los Angeles County sheriff's deputy in Gardena and his family says it was not justified.
KABC
By Marc Cota-Robles 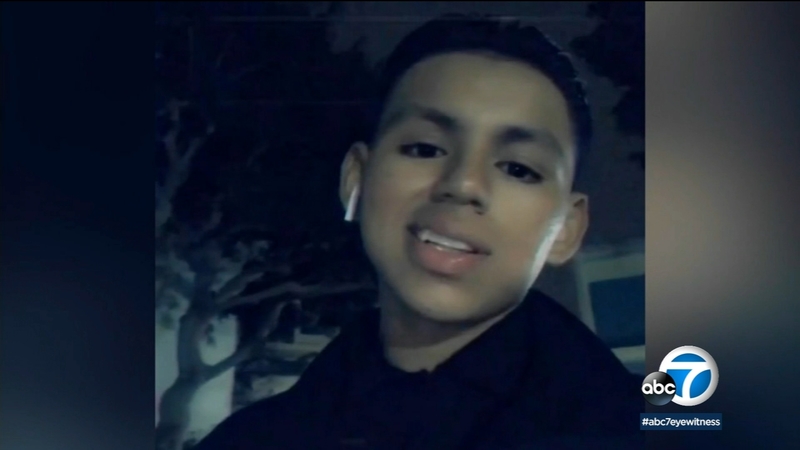 GARDENA, Calif. (KABC) -- The family of an 18-year-old who was fatally shot by a sheriff's deputy in Gardena on Thursday is demanding answers and calling for an independent investigation into his death.

Andres Guardado, who authorities say was armed, was shot and killed in the area of Redondo Beach Boulevard and Figueroa Street. Authorities said deputies from the Compton sheriff's station were patrolling the area when they spotted the man. When the man saw the deputies, he allegedly pulled a handgun.

Friends, family and community members gathered near the scene of the shooting on Friday to demand justice for the shooting, which they say was completely unjustified.

"Why would a deputy shooting him seven times behind his back? What a cowardly move is that. He couldn't even see the person that was going to shoot him," said his sister.

Guardado's family says he was working in the area as a security guard.

"We had someone keeping an eye on the front because we've been having people tagging up recently and stuff like that, and the police apparently came up and pulled a gun on him, and he got scared and ran," said Andrew Haney, a co-worker of Guardado.

During a briefing, Lt. Charles Calderaro said the suspect was not wearing a security guard uniform at the time deputies saw him and they did not have information regarding his occupation.

A gun was recovered, Calderaro said. AIR7 HD captured video that showed what authorities allege was the weapon, but Guardado's 18-year-old sister maintains that it wasn't his and that the deputies story doesn't add up.

"This is not right. They're not going to kill an innocent person and get away with it and cover everything up. He was not armed," she said.

In a statement, the Los Angeles Community College District identified Guardado as a student at L.A. Trade-Technical College.

"LACCD strongly supports the call by Mr. Guardado's family for a full and independent investigation into the circumstances of the killing. His death comes at a time of national outcry for social justice and significant police reform regarding the use of deadly force by law enforcement and for greater emphasis on de-escalation techniques and community policing. We must never be desensitized to, or normalized by, the alarming number of deaths by law enforcement of black and brown men and women in this country - it cannot be tolerated and the time for police reform is now," the district said in a statement.