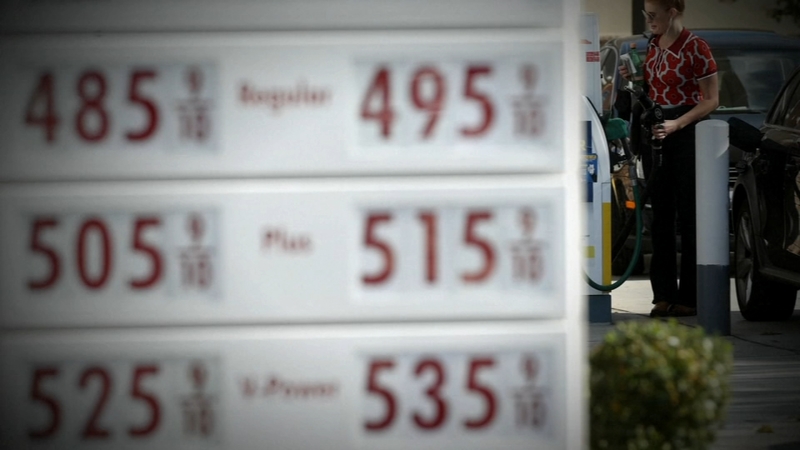 With gas prices soaring nationwide and some of the highest prices being seen here in California, Gov. Gavin Newsom announced a new $11 billion proposal aimed at easing the pain at the pump.

As part of the relief package announced Wednesday, all Californians with a registered vehicle, up to two vehicles per person, would receive $400 tax rebates on a debit card. That part of the plan, would cost $9 billion, which would be funded from the state budget surplus.

According to the Governor's office, the average California driver spends approximately $300 in gasoline excise tax over a year.

We’re proposing $9 billion in tax refunds to address rising gas prices -- $400 per registered vehicle, up to 2 per person. We’re also proposing grants so public transit can be free for 3 months.

We know Californians are paying at the pump & with this refund, millions get $ back. pic.twitter.com/fNZOT3ds4S

Newsom also proposed spending another $750 million in grants to incentivize public transit and rail agencies to give Californians free rides for three months.

Another $600 million would be used to pause part of the state's diesel sales tax rate for a year and another $523 million to put a hold on inflationary adjustments made to gas and diesel tax rates.

At the pump, you'll see the state and federal taxes listed. But the reason why we are paying more in California is what you won't see on your receipt.

The Governor's office said Newsom is expected to meet with the Legislature to discuss the relief package. If approved, Californians could see payments by July.