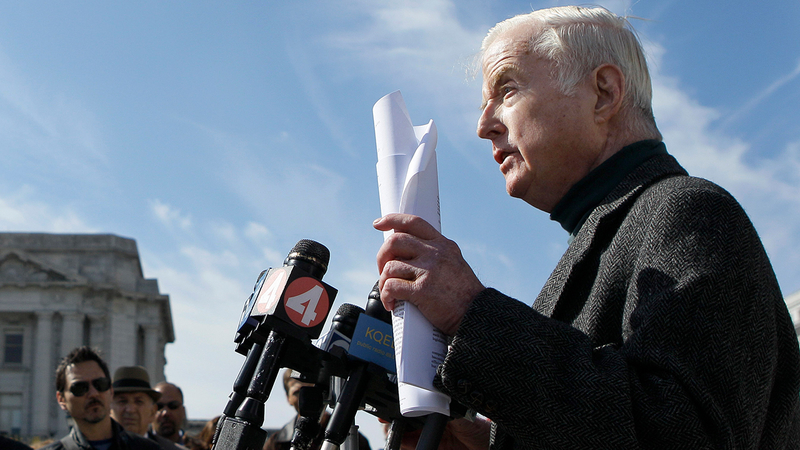 The governor-elect's spokesperson released a statement reading in part, "...avid environmentalist and retired Justice William Alfred Newsom III - passed away peacefully this morning at 9:59 A.M. at his home in San Francisco. Justice Newsom was a proud, lifelong Californian, a public servant of profound accomplishment and a powerful voice for individual rights and environmental protection."

William Newsom was a former judge for the state Court of Appeals and had deep-rooted political ties in California. He worked with former Gov. Pat Brown, and his sister was married to Nancy Pelosi's brother-in-law.

In 2004, William swore in his son Gavin in as mayor of San Francisco, something he would do again when his son was later elected lieutenant governor.

It is widely reported William used his political connections to get former San Francisco Mayor Willie Brown to name Gavin to the Board of Supervisors in 1997, launching his son's career.

William went to Saint Ignatius with the sons of oil tycoon J. Paul Getty. He then attended the University of San Francisco and Stanford Law School.

Besides being a judge, William Newsom worked as a financial adviser for the Getty clan and managed the family trust. His loyalty was so deep that in 1973 he helped deliver ransom money after one of Getty's grandsons was kidnapped.