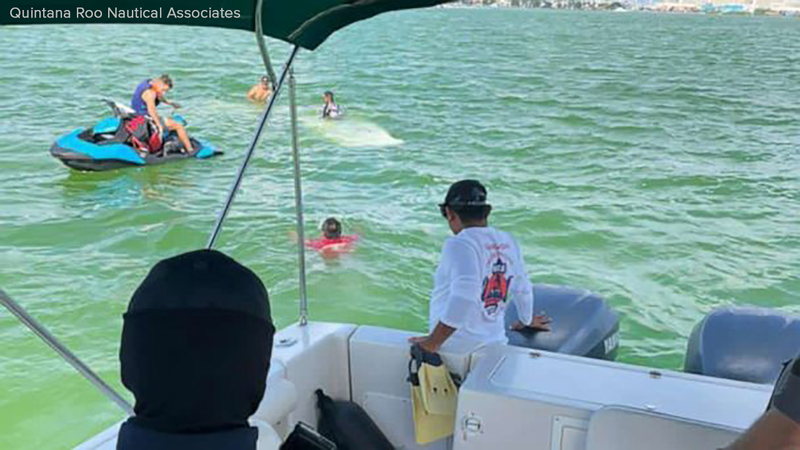 CANCUN, Mexico -- Two people are dead after a plane involved in a gender reveal stunt in Mexico crashed into the water.

The incident occurred Monday afternoon in the Nichupté lagoon in Cancun, according to Quintana Roo Nautical Associates, a private nautical business association that said it assisted in the rescue mission.

A video of the gender reveal shows the plane flying over the beach and emitting a pink smoke, as people cheer and shout "Nina!" -- Spanish for "girl."

The camera then pans around and captures the small aircraft as it crashes into the water.

One person died during the crash, and a second person died after being rescued, the attorney general's office in Quintana Roo state confirmed to ABC News Thursday.

The deceased passengers have not been identified by authorities.

A Sullivan County man was killed and his brother injured when a gender reveal device they were building exploded.

The incident is the latest fatal accident, and plane crash, connected with gender reveal parties.

In February, a 28-year-old New York man was killed when a device he was building for his baby's gender reveal party exploded, authorities said. In October 2019, a soon-to-be grandmother died in Iowa when a gender-reveal device exploded and sent shrapnel flying.

Also in 2019, an airplane crashed in Texas after the pilot dumped about 350 gallons of pink water, authorities said. Both passengers survived, one suffering only minor injuries.