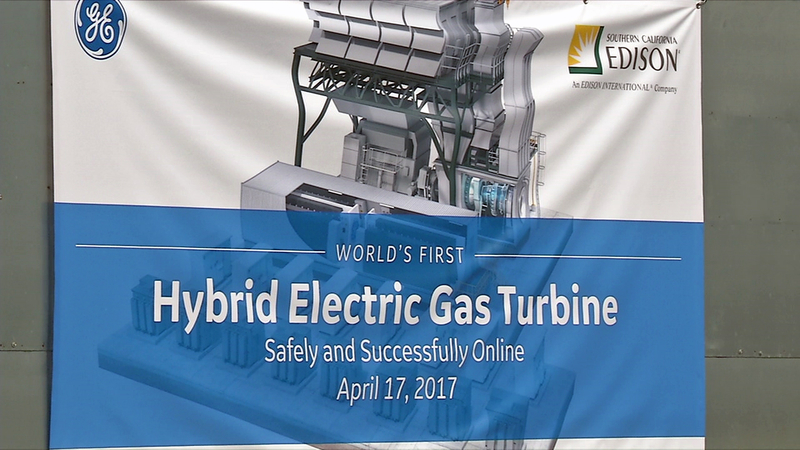 The first of its kind hybrid power plant combines two energy sources - gas turbine and battery power - to run a facility much like a hybrid car.

The utility said the technology will help reduce greenhouse gases and other emissions.

"We believe that this combination is going to reduce startups that burn more fuel, startups that cause emissions, by 50 percent," Nichols said.

Southern California Edison said its customers will benefit from the new technology.

"They're probably not going to see an instant difference on their bill, but collectively, as we do more and more of these changes, it will be lower cost than it would have been otherwise," Nichols explained.

"You take your phone, you take 120 volts AC and make roughly four volts DC to charge your one cell," Shanon Kolasienski with General Electric explained. "And we're trying to charge 18,432 cells."

"The importance of having alternatives and supplemental supplies to meet our energy needs while maintaining environmental safeguards," said Jill Whynot, the deputy executive officer of operations for the South Coast Air Quality Management District.