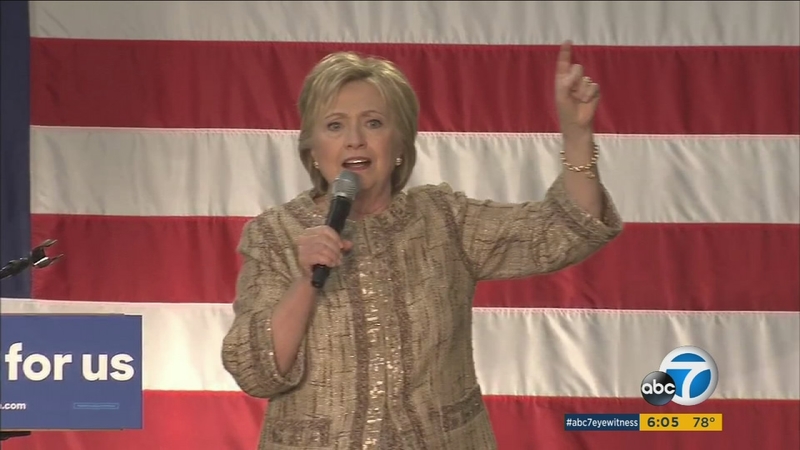 Clinton first made a stop at Southwest College, where she told a crowd of supporters that if elected she would seek to raise the federal minimum wage, now at $7.25 an hour. She praised California for taking its own steps to raise the minimum wage to $15. She also pledged to make college more affordable.

Clinton was scheduled to attend a fundraiser at George and Amal Clooney's Studio City home, where some guests were expected to pledge more than $300,000 to support the former secretary of state.

Just down the street, supporters of Bernie Sanders held a smaller-scale event designed to contrast the two candidates' fundraising philosophies. Sanders supporters were asked to contribute just $27 per person, the average donation to the Vermont senator's grassroots campaign.

"This is an expression of a movement that is of, by and for the people and is accessible to everyone for $27," said Jay Ponti, who organized the Sanders event.

This year's extended primary season could be the first time in many elections that the California nomination in June could make a difference. A recent poll showed a still-tight race, with Clinton ahead by just six points in California. It also showed that 12 percent of those polled are still undecided.