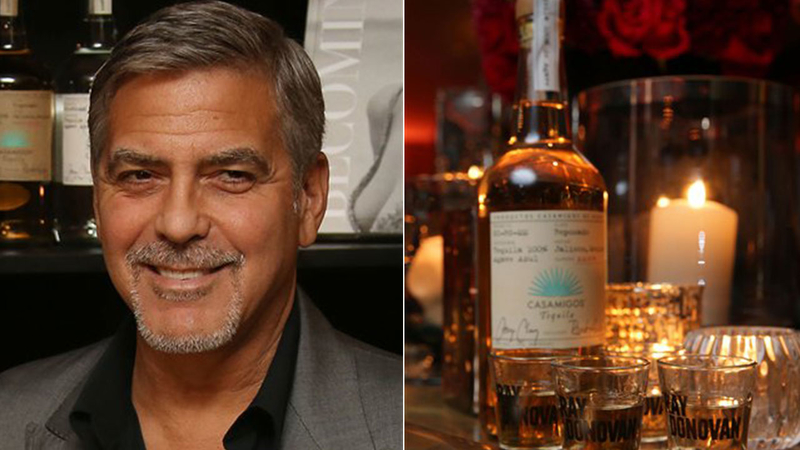 George Clooney is selling his tequila company in a deal that is worth a whopping $1 billion.

Clooney started the company, called Casamigos, with entertainment entrepreneur Rande Gerber, who is married to model Cindy Crawford, and developer Mike Meldman in 2013. It began as a private collection of tequilas made for family and friends, but three years ago, the company went public.

Casamigos is being sold to London-based alcoholic beverage company Diageo, which says it will pay $700 million for Casamigos at first, and then pay another $300 million over 10 years if the brand reaches certain performance milestones.

"If you asked us four years ago if we had a billion dollar company, I don't think we would have said yes. This reflects Diageo's belief in our company and our belief in Diageo. But we're not going anywhere. We'll still be very much a part of Casamigos. Starting with a shot tonight. Maybe two," Clooney said in a statement to Eyewitness News.

Clooney, Gerber and Meldman plan to stay on with the company after the acquisition.

"To date, the founders have built a brand that has thrived under their organic approach in reaching and expanding their 'house of friends,' and they will continue to promote the brand and provide their leadership and vision," Diageo said in a statement on the sale.

"We are delighted that the founders will have continued involvement and active participation in the future success of Casamigos."

The Casamigos deal is expected to close in the second half of this year.