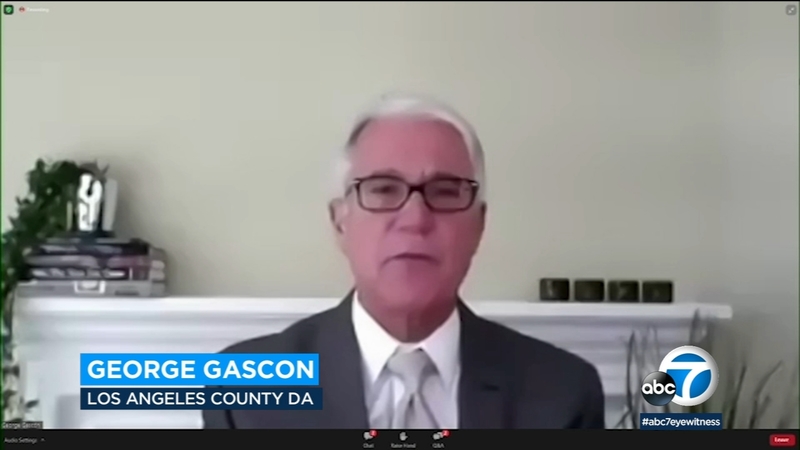 Some family members of crime victims are outraged over the reforms, including the family of a 10-year-old Lancaster boy who was tortured and murdered.

The aunt of Anthony Avalos shared emotional words at a news conference outside the Hall of Justice Wednesday.

"They need to be punished. I don't care. They need to go to prison for life, death penalty, it still won't be enough," said Maria Barron.

The family is outraged at the changes proposed by Gascon.

"There's a hole in my heart Mr. Gascon that will never be filled because Anthony will always be missing," Barron said.

Gascon has issued a special directive that ends cash bail, the death penalty and sentencing enhancements in county prosecutions. Attorney Brian Claypool, who represents Barron, says these changes will increase the risk of violent crimes.

"Your new DA could care less about the safety of people. All he cares about is promoting his radical social experiment. He's placing his own political gain above public safety," Claypool said.

"I'm somewhat troubled by the misinformation and the fear mongering," said Gascon, who held his own news conference Wednesday with victims of crime who support his changes. He was defiant, saying criminals will be punished, but there will be no enhancements.

There is new backlash to some of the changes being made by new L.A. County District Attorney George Gascon.

A memo sent to deputy district attorneys was obtained by Eyewitness News. It instructs them not to file sentence enhancements because the office now believes the state penal code is unconstitutional.

"What we're doing is certainly not unlawful and not unethical, and prosecutors are sworn to follow the directions of the elected DA," Gascon said.

"I don't say anything and someone gets released and a child gets killed. Can I really live with myself?" asks Hatami.

Hatami has been at the forefront prosecuting child abusers and killers. He says he and others are worried about speaking out.