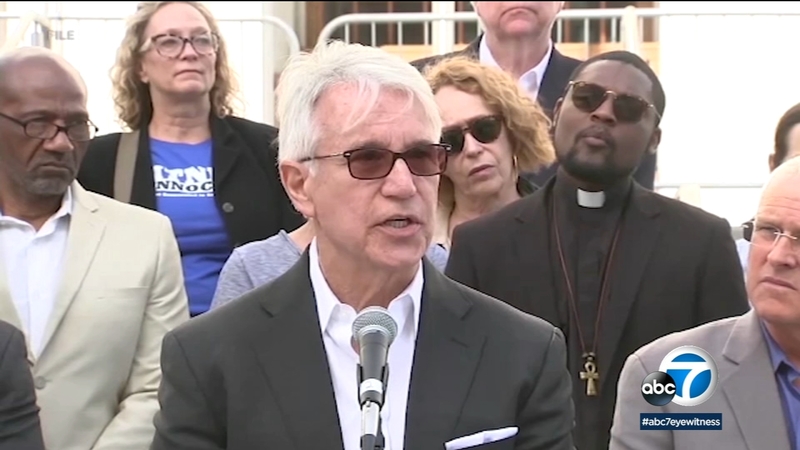 Elected officials must be in office for at least 90 days before a recall effort can be started. Gascon was sworn in on Dec. 7.

Gascón has drawn criticism from crime victims and prosecutors over various directives, including not seeking the death penalty, not seeking sentencing enhancements in most cases and keeping cases involving juveniles out of adult courts.

"George Gascón got elected by disguising a radical, dangerous, and pro-criminal agenda as 'criminal justice reform,' but that's not what he is doing," said Desiree Andrade, organizer and spokeswoman for the effort to recall Gascón.

"What he failed to mention was that he would cater to the most heinous offenders in our society at the expense of victims and let cold-blooded killers back onto our streets," she said. "We have no choice but to seek Gascón's immediate removal from office because his twisted social experiment is jeopardizing the safety of our communities and revictimizing victims and their families all over again."

In a March 17 Zoom call coinciding with his first 100 days in office, Gascón said his changes were "based on data and science that will enhance the safety for our community while reducing racial disparities and the misuse of incarceration," and he vowed that the efforts are "just beginning."

In the call, Gascón also said "the death penalty does not make us safer. It is morally wrong and fiscally irresponsible," adding that the death penalty requires the families of murder victims to wait through decades of appeals and forces them to relive the trauma "for a sentence that will never be imposed" in a state in which Gov. Gavin Newsom has declared a moratorium on executions.

The effort to recall Gascón began Feb. 27 with a "victims vigil" outside the downtown Hall of Justice where signatures for an intent to recall were gathered.

The city councils of at least 14 of Los Angeles County's 88 cities have passed votes of no confidence against Gascón, including Beverly Hills, Redondo Beach, Manhattan Beach, Diamond Bar, Santa Clarita and Lancaster.

Recall petitions will be available by Friday at recallgeorgegascon.com/petition.