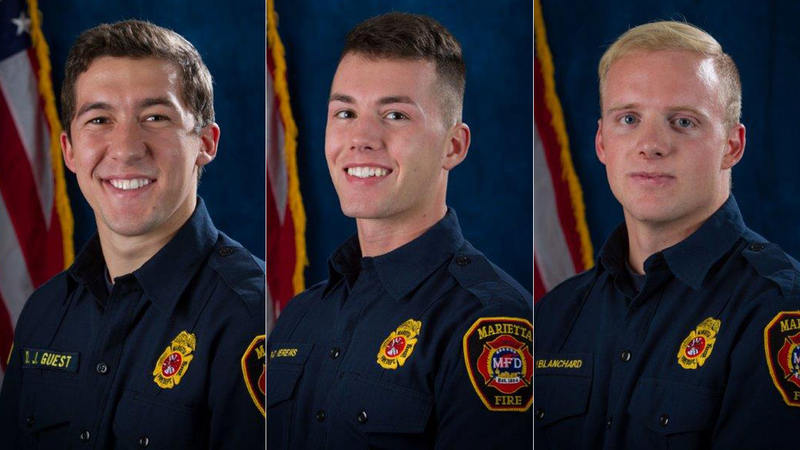 LOS ANGELES (KABC) -- Three off-duty Georgia firefighters were injured, one of them fatally, when the car in which they were traveling was struck by a suspected DUI driver Monday evening in Venice, authorities have confirmed.

The three-vehicle crash took place about 10 p.m. at the intersection of Ocean Avenue and Washington Boulevard, according to the Los Angeles Police Department.

One of the Georgia firefighters was pronounced dead at the scene, LAPD Lt. Joseph Sanchez said.

"It is with great sadness that I report the death of Marietta Firefighter Ron C. Herens," the fire department's chief, Jackie Gibbs, said in a statement.

One of the Herens' colleagues suffered a possible broken collarbone and hip, and the other firefighter sustained lacerations. Both were taken to UCLA Medical Center for treatment.

According to Gibbs, Herens was a passenger in the car with two fellow firefighters, Dillon Guest and Doug Blanchard.

The third vehicle was occupied by a couple who were unhurt, Sanchez said.

The unidentified DUI suspect was taken into custody.

News video showed several LAPD and Los Angeles Fire Department vehicles escorting a coroner's van as it transported the deceased victim's body away from the scene of the collision.

The Marietta firemen were part of a group of four firefighters who were visiting from Georgia on vacation, Gibbs said.