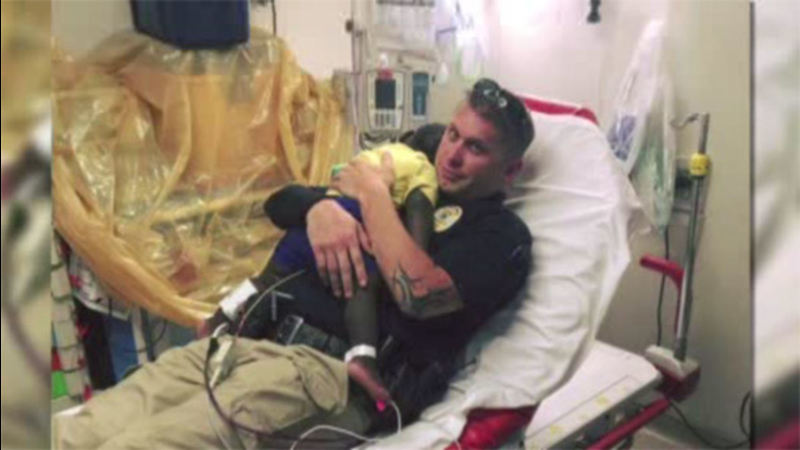 SAVANNAH, Ga. -- A photo of a police officer's act of kindness is now going viral.

Officer James Hurst of the Savannah-Chatham Metropolitan Police Department escorted a 16-month-old child to a hospital Monday after the toddler was found outside alone in Savannah, Georgia.

The child cried while doctors examined him, so Hurst held him.

He said the boy quickly fell asleep on his chest.

Hurst stayed with the child for two hours, saying he simply wanted to be there for a child who, at the time, had no one.

"This job is so much more than just chasing the bad guys. It's about serving the citizens of the communities that you work in and doing what they need you to do," Hurst said.

Police did not reveal much about the toddler, saying only that he checked out in good condition and is safe.

The child was found in Brownsville, which according to police statistics, is one of Savannah's most troubled neighborhoods.

Hurst says that in this situation, he relied on more than just his training in community-oriented policing: he had to tap into his instincts as a father.

"As a father to small boys, it was just natural to want to soothe this child," he said.

The rookie officers says the praise he is receiving from the photo is overwhelming because, he says, he isn't the only cop in Savannah weaving compassion into his work.

He says such acts happen every day, but "it's just not captured."