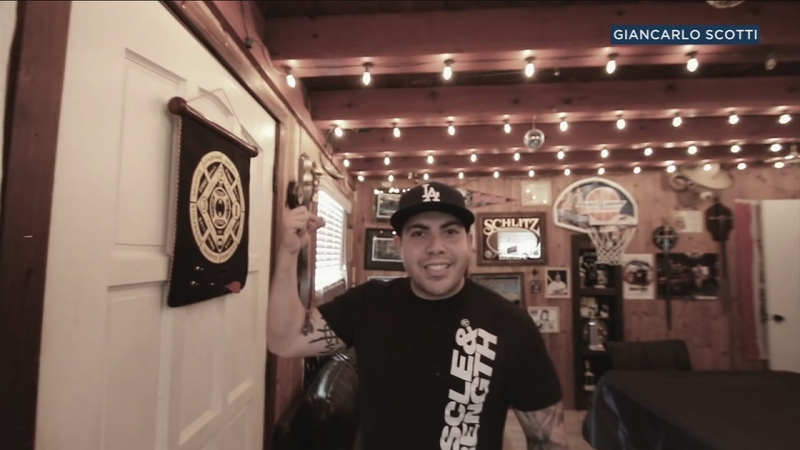 Scotti is accused of engaging in unlawful sexual acts with the women at the Century Regional Detention Facility between March and September 2017.

In one instance, Scotti is suspected of ordering two cellmates to perform oral sex on him and then later taking them to a shower area, where he had unlawful sexual intercourse with them.

The 10-year department veteran was arrested in September only hours after one of those inmates came forward to a jail staffer about the assault. He posted bail on Oct. 5.

Prosecutors are recommending a higher bail amount of $400,000.

During a September press conference, Sheriff Jim McDonnell said there was no indication or evidence that any other jail personnel were involved in the crimes.

Two of Scotti's suspected victims, who spoke exclusively with ABC7, also filed a federal civil rights lawsuit against the department.

If convicted as charged, Scotti faces a maximum sentence of seven years and four months in state prison. He plans to plead not guilty and could be arraigned as early as Thursday.

Attorney Justin Sterling, who represents the two former inmates, released a statement Wednesday night regarding the charges against Scotti.

"We are pleased with the announcement that the District Attorney's office has pressed charges against Deputy Scotti. While on duty, Deputy Scotti sexually assaulted at least six women under his care, including our two clients. Systematic failure explains how one man could so profoundly abuse his power. This tragedy is about more than one rogue cop. Why weren't working safeguards in place to prevent at least a half-dozen sexual assaults by the same guard? Inmates in jail are under constant surveillance -- cameras are everywhere -- how could one male guard exploit so many women and not be caught in the act?

As just one example of systematic failure, a federal law designed to prevent the sexual abuse of inmates requires local jails to undergo an audit.The LA County Sheriff's Department has admitted that none of the jails it operates have undergone this federally mandated audit. When LASD and the County failed to meet federal standards they put female inmates at risk, and our clients paid the price.