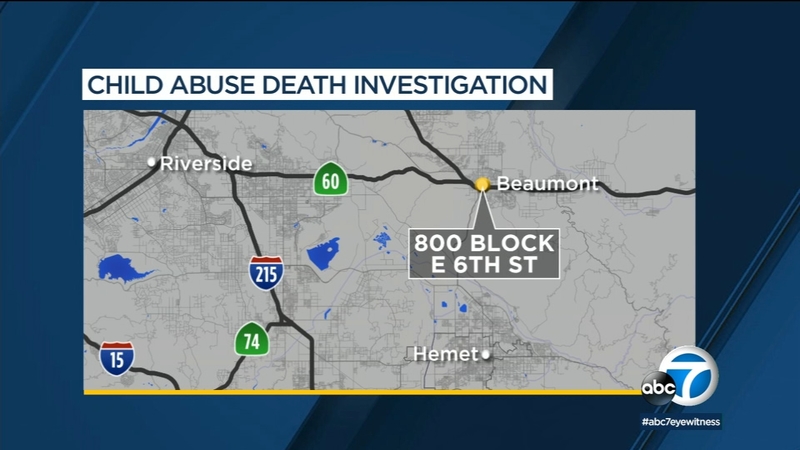 BEAUMONT, Calif. (KABC) -- A 4-year-old girl is dead after an apparent case of child abuse in Beaumont, authorities said.

Officers responded Wednesday evening to a report of a person having a seizure in the 800 block of East Sixth Street. They arrived to find two adults suffering from overdoses, and the deceased girl, according to the Beaumont Police Department.

In a statement, police said the child "had numerous bruises throughout her body, appeared severely malnourished, and based on rate of decomposition" appeared to have been dead for as many as two days.

The two adults -- a man and woman -- were taken to the hospital, where the unresponsive woman was pronounced dead shortly after arrival to the emergency room, authorities said. The man was listed in critical condition.

Father charged with murder, accused of decapitating his kids while forcing his other children to view slain siblings
EMBED More News Videos

A Lancaster father has been charged with murder, accused of decapitating two of his children, ages 12 and 13, then forcing his two younger sons to view their slain siblings' bodies.

Neither of the deceased were immediately identified, pending notification of next of kin.