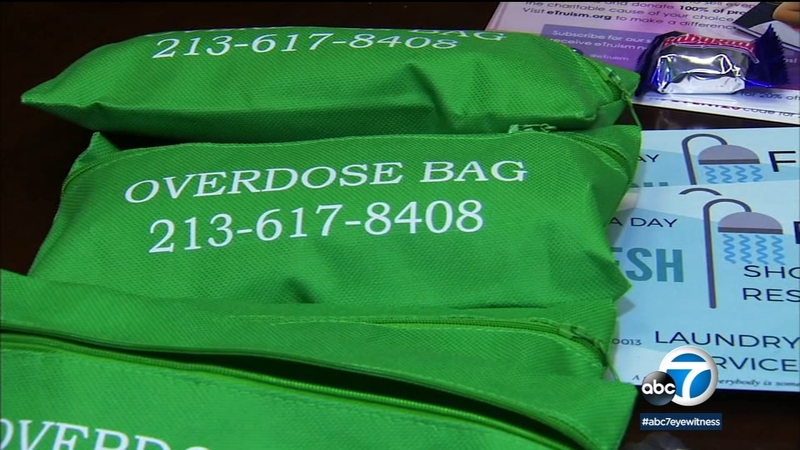 GLENDALE, Calif. (KABC) -- A Glendale mother was arrested after police and firefighters saved her infant from an apparent opioid overdose Wednesday night.

The infant's mother was arrested for child endangerment and possessing controlled substances, according to officials.

The Glendale Police Department responded to the 400 block of W. Dryden St. after learning of a baby that was not breathing. When they arrived, officers were informed that fire department personnel had transported the baby to the hospital.

While in transit, the child demonstrated signs indicative of narcotics ingestion and personnel administered Narcan, officials said. The infant immediately responded to the Narcan, which indicated the baby had ingested opioids. Narcan is often administered to treat narcotic overdoses in emergency situations.

After arriving at the hospital, medical personnel started to attend to the child.

The mother, 40-year-old Gertrude Harutunian of Glendale, refused to allow medical personnel to attend to the child and quickly left the hospital with the infant against doctor's orders, GPD says.

With concerns for the child's safety, police and firefighters went back to the residence to check on the child.

The police and fire department personnel found the baby in the crib appearing lethargic. The child was immediately transported back to the hospital by GFD personnel. Narcan was administered to the infant a second time while in transit, officials said.

GPD took the baby into protective custody and took Harutunian into custody.

The child is currently in stable condition.