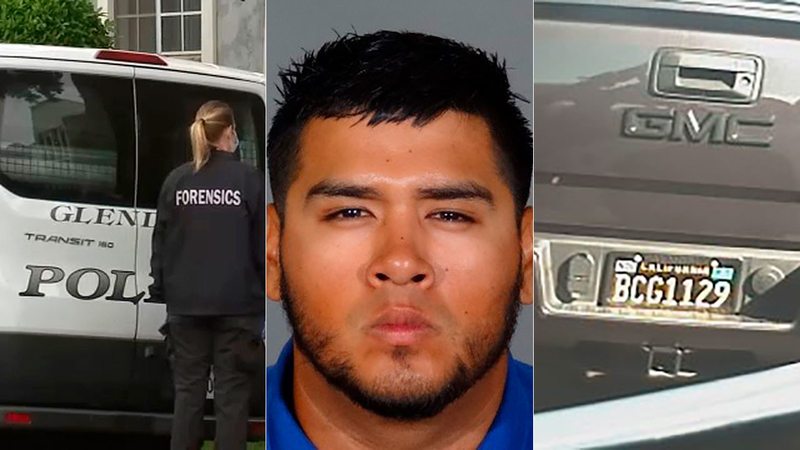 Man sought by police after ex-fiancee and her mother attacked

GLENDALE, Calif. (KABC) -- A Glendale woman whom police say was brutally attacked with a hammer by her fiance is now in a drug-induced coma with skull fractures and an amputated finger, police say.

Suspect Brian Cruz, 28, remains on the loose after the July 19 attack.

Investigators say he tried to kill his 25-year-old fiancee and her mother early that morning, hitting both of them in the head with a hammer. The woman suffered bone fractures to her face and skull and had to have a finger amputated. She remains in a drug-induced coma, police say.

The mother of Cruz's fiancee was also struck in the head with a hammer when she tried to intervene, police say. She was later treated and released from the hospital.

Investigators say the incident happened around 4:30 a.m. in the 600 block of West Wilson Avenue.

Despite her injuries, the woman was able to call 911.

"The injuries were significant. It was a very violent attack," police Sgt. Ernesto Gaxiola said in an interview at the scene, praising "the toughness of these victims."

"The fact that the victim was able to communicate to our dispatch, based on the injuries sustained, is unbelievable," the sergeant said. "I can't say enough how incredible it is that they were able to give us information. Hopefully we'll find justice for this."

Cruz is described as a 28-year-old Hispanic man who is 5 feet 11 inches tall and weighs 200 pounds. He has black hair and brown eyes. He was said to be driving a black GMC Denali Sierra pickup truck with a black and yellow California license plate, number BCG1129.