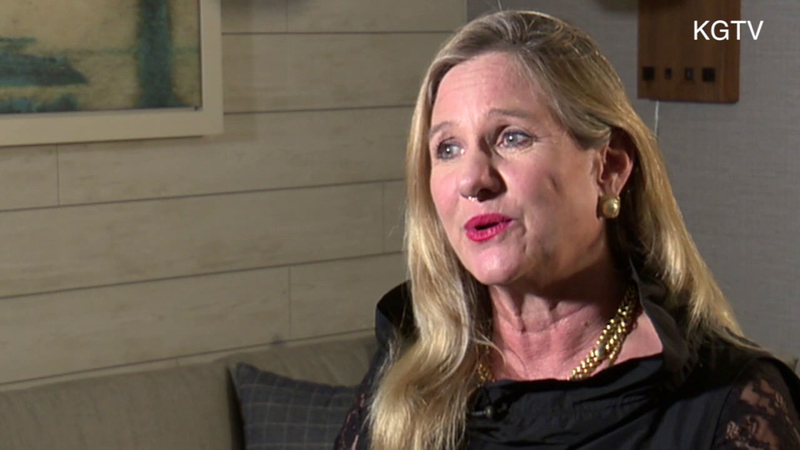 SAN DIEGO, Calif. (KABC) -- A San Diego woman who said she was raped by the "Golden State Killer" as a young teen spoke out about the relief she felt after hearing a suspect was arrested in the decades-long hunt for the perpetrator.

Margaret Wardlow, who became the 27th victim when she was attacked and raped in her Sacramento home in 1977, called the arrest the greatest gift ever.

Joseph DeAngelo, a 72-year-old Northern California man who was former police officer, was arrested in connection to a series of killings across the state Tuesday night. He's charged with eight counts of murder in three counties, including Ventura and Orange, and more charges are expected.

Wardlow was the youngest of the serial man's victims -- just 13 at the time.

"I was really concerned that people would go to their graves without knowing who killed their loved ones," Wardlow told ABC sister station KGTV.

Wardlow said the man tied up her mom on the night of her attack, stacking plates on top of her so he would know if she moved.

What he didn't know about the young teen is that before her attack, she was on top of every story that came out in the newspaper about him at the time.

"'This is the east area rapist, and this is what's going on,'" she recalls thinking. "It was time for me to realize, 'I'm dealing with a serial rapist.'"

Knowing that he seemed to thrive on powerless victims, when he asked in a harsh whisper, 'Do you want to die? Do you want me to kill your mother?'" She simply said, "I don't care."

Defiance is what she believes saved her life that night. Despite the horrifying event, she said the crime did not define her life.

"Certainly, I'm a victim. I was 13 years old. A man came into my home, tied up my mother and raped me, but I don't own that. I can choose whether I own that or not, and I don't own it," she said.

When asked if she plans to attend the court dates of DeAngelo, she said she will and wants to look him in the eyes and ask, "Why?"

DeAngelo's first appearance is set for Friday in Sacramento.

He is believed to have killed at least 12 people and raped upwards of 50 in the horrific crime spree during the 70s and 80s.

Officials announced Wednesday that he wasn't on anyone's radar until last week, when cutting edge DNA testing led to a match.