A brush fire that destroyed about 20 homes in Goleta and cause thousands of evacuations reached 80 percent containment Saturday.

GOLETA, Calif. (KABC) -- A brush fire that destroyed about 20 homes in Goleta and cause thousands of evacuations reached 80 percent containment Saturday.

The Holiday Fire damaged or destroyed about 20 structures and threatened hundreds more.

California Gov. Jerry Brown declared a state of emergency in Santa Barbara County due to the raging fire. Earlier, a proclamation of a local emergency was made by the county around 2 a.m., which helps ensure that all county resources are available for the fire control efforts.

More than 30 engines, including 120 firefighters, were on the scene battling the fire in 100-degree heat and gusty winds. Two night-flying helicopters assisted in the firefight overnight.

The wind-driven fire was first reported around 9 p.m. Friday in the 1500 block of Holiday Hill Road. The Santa Barbara County Sheriff's Department said a fire started at a home and then ignited nearby brush.

The blaze quickly spread and within 45 minutes threatened homes in the 1300 and 1400 blocks of Fairview Avenue, near Cathedral Oaks.

Nearly 2,500 people in the Cathedral Oaks neighborhood were evacuated.

Fire officials said around 5 p.m. Saturday that some areas under mandatory orders would be downgraded to an evacuation warning.

Footage from the areas showed some homes up in flames as sundowner winds up to 45 mph and hot conditions fueled the fire.

An evacuation center is set up at the Goleta Valley Community Center, 5679 Hollister Ave. Anyone who needs help with animal evacuations is urged to call (805) 681-4332.

The cause of the fire is under investigation. No injuries were reported. 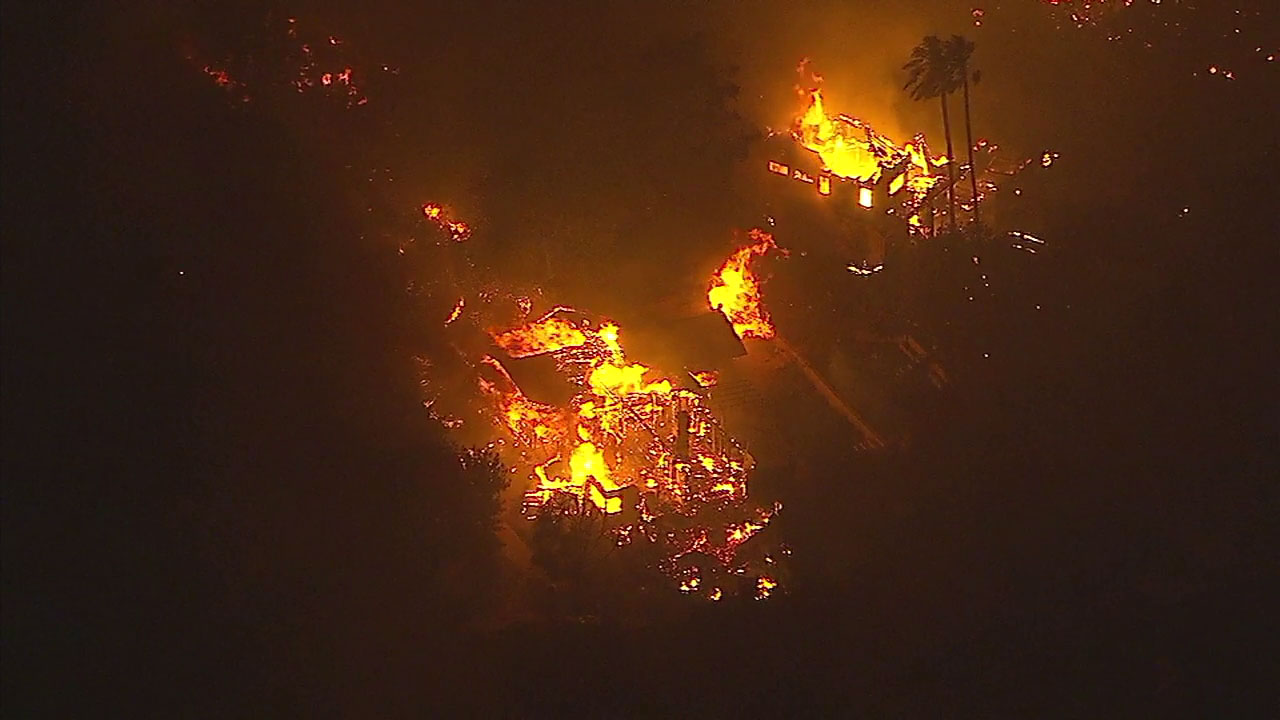