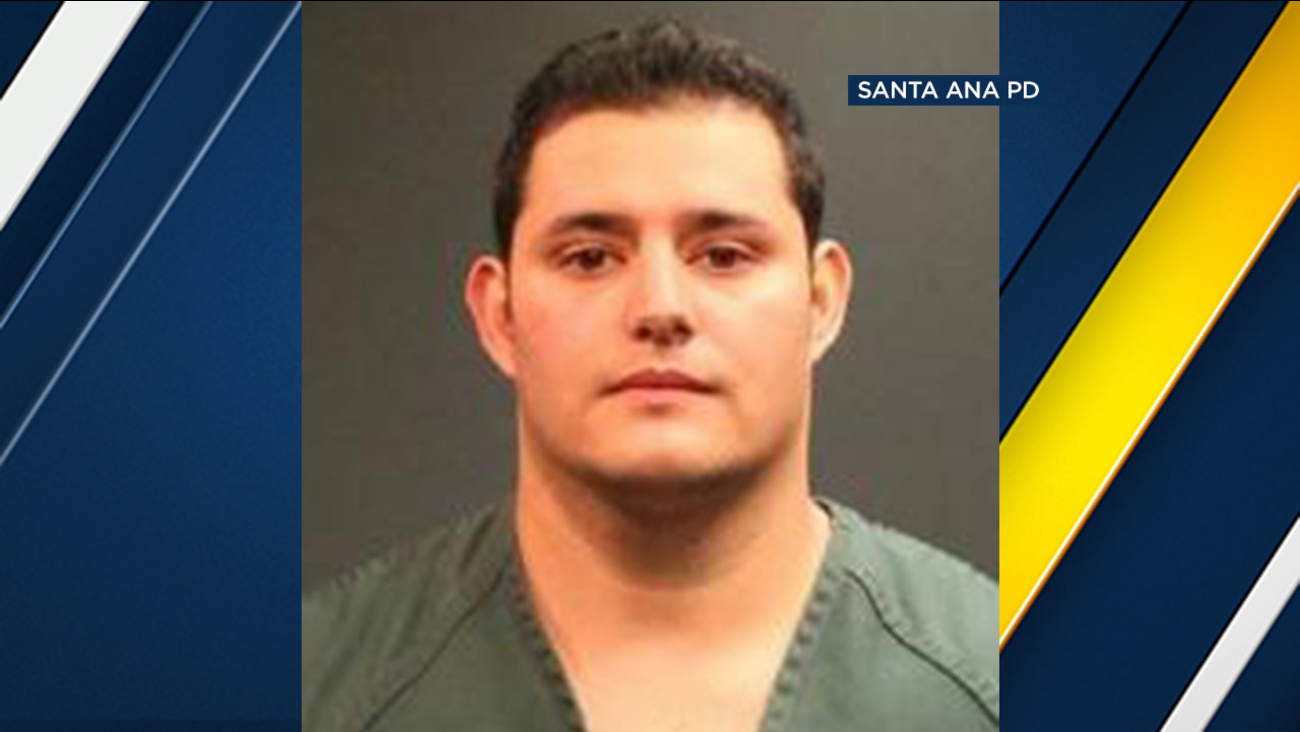 Jorge Cruz de Armas has been identified as the suspect in an attempted rape in Santa Ana. (Santa Ana Police Dept.)

Police say the suspect, Jorge Cruz de Armas, contacted a woman and offered her a ride on Monday around 4:30 p.m.

They say the 28-year-old woman accepted the offer and willingly entered his vehicle.

A short time later, he then asked her if she wanted to have sex and she refused.

He drove to an alley in the 1600 block of East Palm Street in Santa Ana and then allegedly attacked the woman.

He allegedly began strangling her and covered her mouth with duct tape, police said.

A passerby heard the screaming from the vehicle and approached and disrupted the assault, police said.

He opened the door and rescued the victim and took photos of the suspect's vehicle as it fled the scene.

Police say they were able to develop evidence at the crime scene that led them to de Armas and arrested him at his workplace in Costa Mesa.