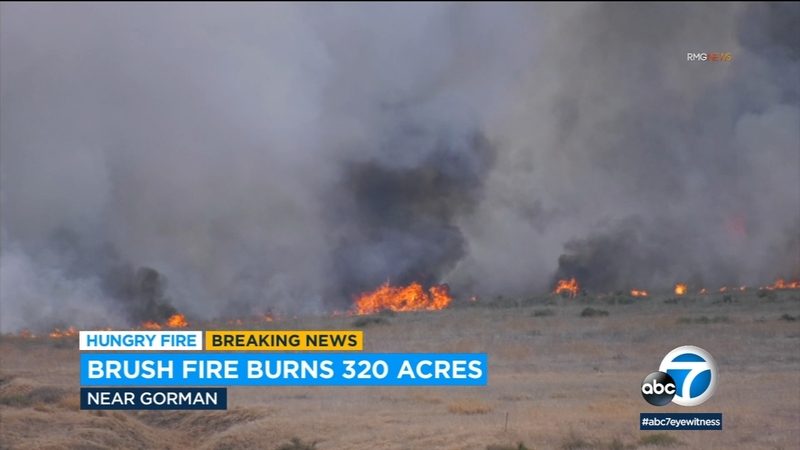 GORMAN, Calif. (KABC) -- A brush fire in the Gorman area south of the Grapevine scorched about 340 acres Saturday afternoon before firefighters were able to stop its forward progress.

The "Hungry Fire" was first reported in Hungry Valley Park around 4 p.m. and estimated at around 30 acres. But in light winds and very dry brush, it grew rapidly, moving into Ventura County and scorching 320 acres in less than two hours.

By 7:30 p.m., firefighters said they had stopped forward progress of the flames and reached 30% containment, estimating the burn area at 340 acres.

No structures were immediately threatened and no injuries were reported.

A separate, smaller fire was also reported around the same time in the Gorman area. The Posey Fire was started by a car fire and grew to about five acres before firefighters were able to stop the forward spread. One lane was blocked on the northbound 5 Freeway as firefighters battled the blaze.