Gas tax hike to take effect in November in California 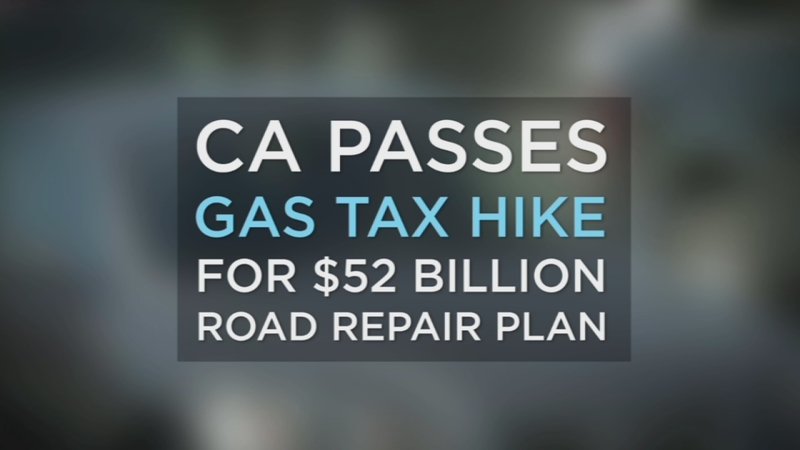 "I think it's just terrible," said a landscaper who was refilling his pickup truck at a gas station. "Guys like me that don't make very much money - it really is going to hit us."

The new legislation, which includes a 12-cent-per-gallon gas tax hike, was narrowly approved Thursday night by the state Assembly.

Tow truck driver Al Lopez wondered how road-repair funds were being spent after being collected through current taxes.

"Let's see the money from here to there to where it's being invested," Lopez said. "Let's see it - because all you hear about is the taxes being raised and raised and raised. But at what point are we going to actually see the proof of it?"

Some drivers say they understand the benefits of the plan, including $5.2 billion per year earmarked to repair roads that have long been neglected.

"When you say it's a tax, it automatically incites this feeling in them that they're being taken advantage of or getting abused," said motorist Barinder Chhina. "But, I mean, think of it in the long run."

SB1 was first approved in the state Senate after last-minute deals that were negotiated to obtain a supermajority. Republicans nearly unanimously opposed the measure.

Gov. Jerry Brown's $52 billion plan to repair the state's roads, through a gas taxes increase and other fees, prompted both praise and criticism from motorists and elected officials.

"We have the highest poverty rate in the nation here in California - that is a matter of fact," state Sen. Chad Mayes of Yuba City said Thursday. "This evening, what the Democrats did is, they actually made the burden of living in California that much harder."

"The Democratic party is the party of doing things, and tonight we did something to fix the roads in California," the governor said.

The new legislation is expected to bring jobs to contractors and construction-trade unions, which strongly supported the bill.

On Monday, the measure will be returned to the state Senate, where it will be finalized before being sent Brown for his signature.

Breakdown of the plan:

- $16.3 billion from an annual transportation improvement fee based on a vehicle's value, similar to what owners already pay annually to the state Department of Motor Vehicles, beginning next year. The fees range from $25 for vehicles valued at less than $5,000 to $175 for vehicles topping $60,000. The administration says nearly nine-in-10 vehicles would be assessed a fee of $50 or less.

- $706 million in repayments of transportation funds that had previously been loaned to the state's General Fund.

The money would be split between state and local governments. Here's where it would go:

- The local share includes $15 billion to fix potholes, $7.5 billion for public transportation and $1 billion for walking and biking trails.