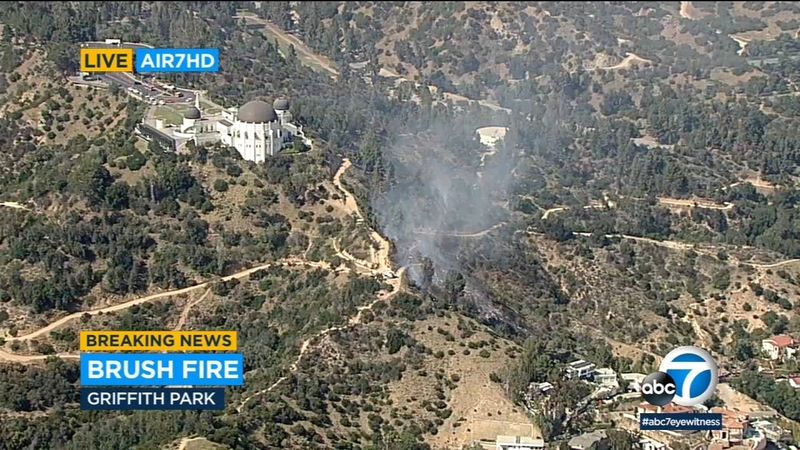 LOS ANGELES (KABC) -- A brush fire broke out on the hills near Griffith Observatory Tuesday afternoon.

The fire started on the Boy Scout Trail, a popular hiking trail in Griffith Park, and was reported around 2:43 p.m., according to the Los Angeles Fire Department. A "person of interest" was detained but no arrest has yet been made in connection with the blaze, according to LAPD.

Firefighters took to the skies with water drops as the fire started in a precarious spot that was not easily accessible to ground units at first.

A brush fire broke out on the hills near Griffith Observatory Tuesday around 2:49 p.m.

The fire grew to four acres and was classified as "major emergency" by LAFD. Forward progress was stopped at 6 acres after a little more than an hour as crews extinguished most active flames in the area, the fire department reported.

The Griffith Observatory area was evacuated and park rangers were assisting with public safety by keeping hikers from entering the nearby trails.

Griffith Observatory was closed to the public on Tuesday.

No homes were ordered to evacuate and no injuries were reported.