Stargazers check out closeness of Mars at Griffith Observatory 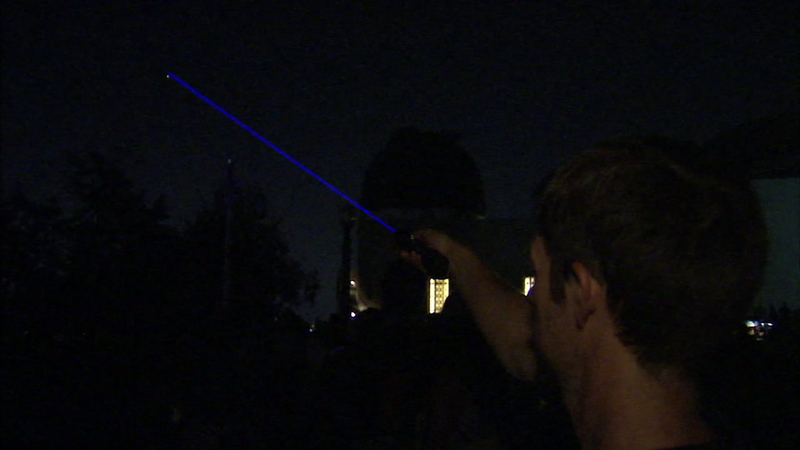 Stargazers check out closeness of Mars at Griffith Observatory

The observatory expected a few thousand people will stop by and use their telescopes to see the red planet. Fifty of those were available outside and provided by local scientists, including JPL staff. The scopes were scattered on the front lawn until 2 a.m.

Astronaut Buzz Aldrin was on hand earlier, talking about his love of Mars and continued curiosity about the planet. Now Mars is half the size of Earth.

On average, Mars is about 50 million miles from our planet, but at 12:25 a.m. Thursday, it will be 35.8 million miles away, which is the closest since 2003. Unlike an eclipse, Mars will not change in appearance.

"Mars is invading us tonight. This is in fact the closest approach of Mars since 2003. In fact, we weren't even here in 2003. We were over at the satellite, in exile, while construction was going on (at Griffith.) Still, we showed Mars to more people through a telescope over there than anywhere else on the planet. We want to do that again tonight," said Ed Krupp, director of the observatory.

The close approach gives us a better chance of seeing surface detail on Mars. That includes the Mars polar cap, the tip of the largest volcano in the solar system and the dust storm. The next close approach won't happen until 2035.