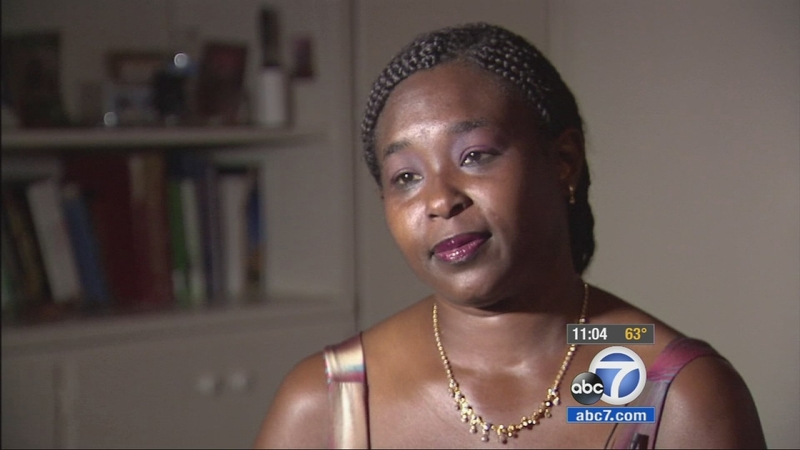 LOS ANGELES (KABC) -- Millions of people saw a woman's picture on a poster, thinking she was a victim of one of the most notorious killers in Los Angeles.

But Eyewitness News spoke exclusively with the mother of two, who talked about her brush with danger with the alleged Grim Sleeper. She relives a moment that could have been her last.

Her photo is No. 84 on the Los Angeles Police Department's Facebook page, which shows dozens of women photographed by the serial murder suspect.

The faces of all of the women are feared to be his victims. But Mo had no idea she was on that list.

"When my picture popped up it was like, 'Oh my god!' It was shocking," she said.

Mo was watching a History Channel documentary on serial killers that aired over the weekend when her photo popped up during a segment on the accused killer, Lonnie Franklin, Jr.

Mo lived next door to Franklin in 2006. She said he seemed like a nice guy and the two became friendly with one another.

He snapped a picture of the then 26-year-old Mo outside of her home.

She said everything changed the night he asked her to go for a ride in his van.

"He asked me can he take some photos of me naked. And I told him, 'Well, I'm not getting all the way naked,'" she said.

Before he took her photo, he told her he liked taking pictures of women and began showing her other photos he had taken.

"When he showed me the pictures I asked him why are they in weird positions, and they look dead. He told me they wasn't, that's just how he have them take pictures," she said.

She then realized she was in danger when she saw a rope and gun in the van.

"And I thought if I didn't take the pictures he would kill me," she said.

Luckily, he took her home without harming her. She never told anyone about the incident because she was embarrassed by the photos. Once Franklin was arrested and charged with at least 10 murders, Mo knew she could have been a victim.

"He's a monster. A straight monster," she said.

Franklin is set to go on trial in June. Mo has been in contact with the LAPD, and they will be looking into her story.