HACIENDA HEIGHTS, LOS ANGELES (KABC) -- Detectives are asking for the public's help to find Alfonso Guzman's killer. The 26-year-old father was gunned down while sitting in a car with his girlfriend in May.

Guzman's heartbroken mother pleaded for information during a news conference.

The murder happened around 1 a.m. on May 20 along Turnbull Canyon Road in Hacienda Heights.

The Los Angeles County sheriff's department says Guzman and his girlfriend were parked at a popular hillside location offering scenic views of the San Gabriel Valley. Authorities say another car was parked nearby.

"The suspect exited the vehicle that was parked there behind the victim's vehicle and approached Alfonso's vehicle and shot him without warning. The suspect also proceeded to shoot his girlfriend who was seated in the driver's seat," Lt. Chuck Calderaro said.

Guzman died at the scene, and his girlfriend was treated for non-life-threatening injuries.

Guzman was the father of two boys: a 9-year-old and a 5-year-old.

Family members describe him as loving and hardworking. They say the 26-year-old brought joy to their lives.

"Honestly, I can't explain...he was a wonderful person, and it's really unfortunate that things like this happen to people who are just angels in this world," his cousin Laura said.

The suspect, as seen in a sketch, is described as a White or Hispanic man with a tattoo on his face near his eye. 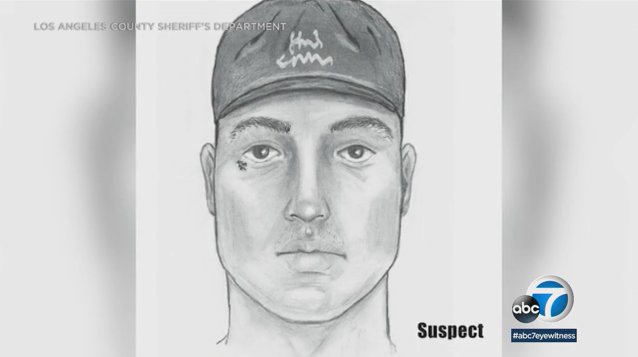 Sketch of the suspect in a shooting that killed 26-year-old father, Alfonso Guzman.

"We do not have a reason why Alfonso would've been targeted, again, an upstanding citizen," Lt. Calderaro added.