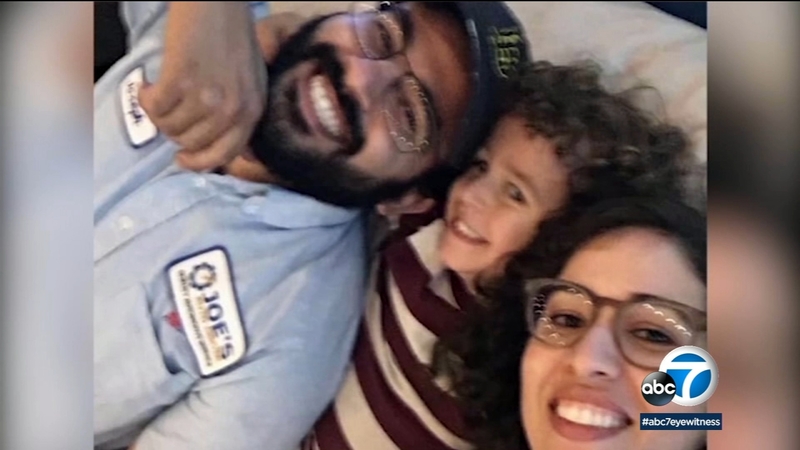 Family calls for justice after boy, his parents killed in Long Beach crash

LONG BEACH, Calif. (KABC) -- Amid an outpouring of support from the Long Beach community, a grieving family is calling for justice after an alleged DUI driver accused of fatally striking a 3-year-old boy and his parents on Halloween night was released on bail.

The driver of the SUV, 20-year-old Carlo Navarro, was detained at the scene and later booked on suspicion of DUI and gross vehicular manslaughter, authorities said. Navarro was released after posting $100,000 bail.

"The whole community, they think the same way I think," family friend Mohammed Qandeen said. "We are really very upset about this kid being in the street when we are burying the most clean, loving couple."

"It's a horrible tragedy, and many people are asking why is this person out on the street when we have three tragic deaths," Shapiro said. "The answer is that when someone is arrested for a DUI, even when it results in death or injury, the police are given a bail schedule that they need to follow. And $100,000 is the bail schedule."

Shapiro added Navarro's bail could be increased at the time of his arraignment if additional charges are filed.
Family, friends and even strangers have come together to show their support for family members.

Faisal Dakhil, Raihan's father, was comforted by friends at the Islamic Society of Orange County after Omar and Joseph were laid to rest Monday.

"We are overwhelmed by this outpouring - love from people you don't know," Dakhil said. "We took them for granted, we know they're very kind, very special, cared about those who needed to be cared about."

In Long Beach, a memorial continues to grow at the site of the crash, with candles, flowers, balloons, handwritten notes and pictures of the victims.

Family, friends and even strangers are expected to come together in Long Beach to show mourn and toddler and his parents allegedly killed by a suspected DUI driver.

Raihan, a California State University Long Beach student, and her family will be remembered at CSULB's Isabel Patterson Child Development Center at 6 p.m. Tuesday. Another vigil is scheduled for 6 p.m. Thursday at Los Cerritos Park in Long Beach.