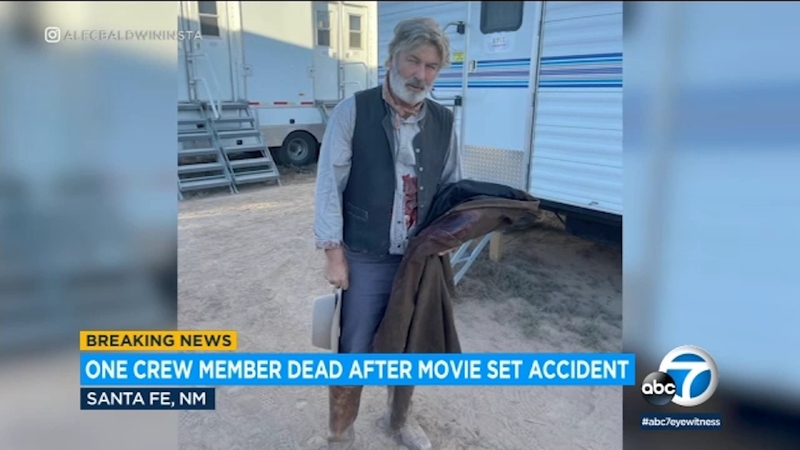 The cinematographer who was killed when Alec Baldwin fired a prop gun on a New Mexico film set is being mourned and remembered by those she worked closely with.

Halyna Hutchins, 42, and director Joel Souza were shot Thursday on the rustic film set on the outskirts of Santa Fe, according to County Sheriff's officials. A spokesperson for Baldwin said there was an accident on the set involving the misfire of a prop gun with blanks.

Hutchins was rushed by helicopter to a local trauma center, where she died from injuries. Souza, 48, has since been released from the hospital, according to Frances Fisher, one of the main actors in the movie "Rust."

A source tells ABC News that her husband, Matthew, has spoken with Baldwin, who has been very supportive.

Hutchins had made several recent posts to Instagram talking about how excited she was to be working on the film.

"One of the best parts of shooting a western are mornings like this!" she captioned one photo of a beautiful sunset. Her account was filling up with comments from friends and fans of her work mourning the loss.

Condolences also began pouring in from former co-workers and others in the film industry.

Fisher posted a photo of her embracing Hutchins on Instagram, with a caption that partly reads: "Rest in Paradise Dear Halyna - I loved watching you work: Your intense focus and your vibrant command of the room."

A 2015 graduate of the American Film Institute, Hutchins worked as director of photography on the 2020 action film "Archenemy," starring Joe Manganiello. She was named a "rising star" by American Cinematographer in 2019.

I’m in shock. I was so lucky to have had Halyna Hutchins as my DP on Archenemy. An incredible talent & great person. I can’t believe this could happen in this day and age… gunfire from a prop gun could kill a crew member? What a horrible tragedy. My heart goes out to her family pic.twitter.com/W479ch56Js