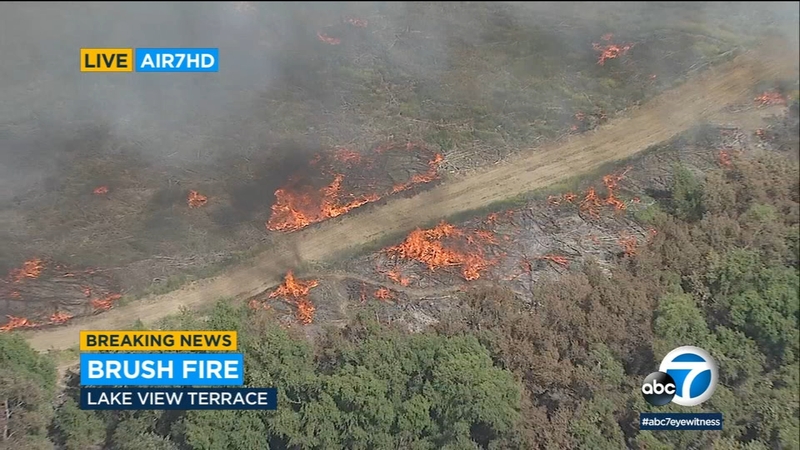 Los Angeles firefighters with the city and county responded around 4 p.m. to fight the blaze that broke out near 11798 W. Foothill Blvd. in the Hansen Dam area.

Although it appeared most of the flames had been extinguished, large plumes of smoke billowed over the area.

Helicopters were conducting water drops over the blaze. Authorities said forward progress of the fire was stopped at 7 acres after it burned in medium to heavy brush. Spot fires also popped up along a dirt road.

It's unknown what sparked the blaze.

Crews remained at the scene for mop-up work.