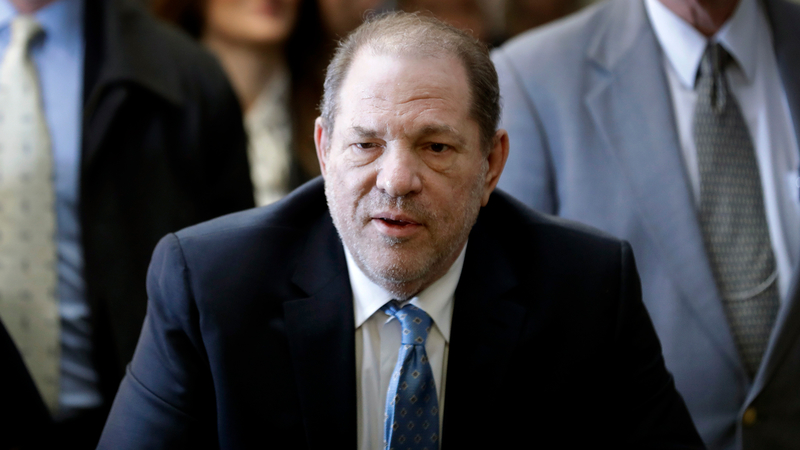 NEW YORK -- A New York appellate court has upheld Harvey Weinstein's rape conviction, rejecting the disgraced movie mogul's claims that the judge at the landmark #MeToo trial prejudiced him by allowing women to testify about allegations that weren't part of the criminal case.

The ruling Thursday by a five-judge panel in the state's intermediate appeals court affirmed the milestone verdict in America's reckoning with sexual misconduct by powerful figures - an era that began with a flood of allegations against Weinstein.

Weinstein, 70, is jailed in California, where he was extradited last year and is awaiting trial on charges he assaulted five women in Los Angeles and Beverly Hills from 2004 to 2013.

Weinstein was convicted in New York in February 2020 of a criminal sex act for forcibly performing oral sex on a TV and film production assistant in 2006 and rape in the third degree for an attack on an aspiring actress in 2013.

He was acquitted of first-degree rape and two counts of predatory sexual assault stemming from actor Annabella Sciorra's allegations of a mid-1990s rape.