How is a hate crime defined and charged in California? 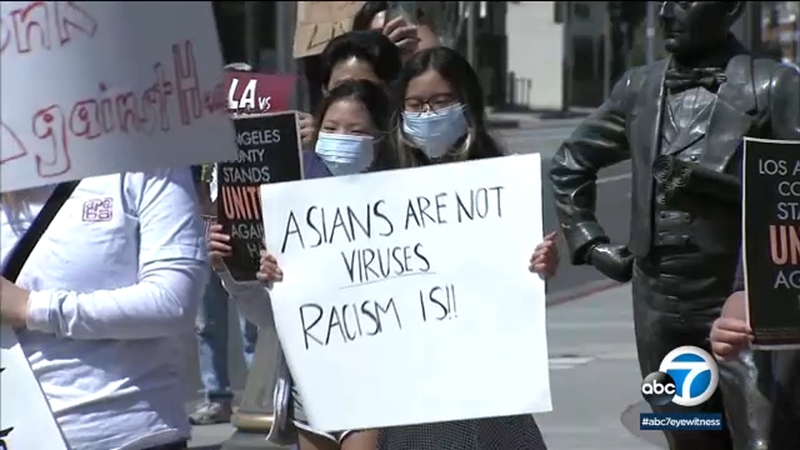 How is a hate crime defined and charged in CA?

LOS ANGELES (KABC) -- People across the country are standing in solidarity with Asian American and Pacific Islander communities as women, elders and those most vulnerable have increasingly become targets of racism and violence.

"It's so important that we understand that the assaults that we've seen against the AAPI community or previously any other community, is an assault on all of us," said Los Angeles County District Attorney George Gascón.

"Most people understand that the threshold in order to be able to establish a hate crime is very high," he added.

In California, charging a hate crime requires evidence that bias hatred or prejudice was a substantial motivating factor in the commission of the crime.

A hate crime investigation is underway after a suspect in Diamond Bar drove past several people walking on a crosswalk during a rally condemning violence against Asian Americans.

"And that's the evidence that's very hard to come by, unless someone is shouting something that is a racial epithet or is carrying a sign," said civil rights attorney mediator Angela Oh. "Then the question becomes for lawyers, you know, who are arguing back and forth, is that a substantial factor? What if mental health is really the substantial factor?"

Hate crimes can trigger longer sentences. While some have suggested thresholds for hate crimes should be lowered, Oh raises questions about the potential consequences, describing it as a double-edged sword.

"Depending on who's in power and what the temperature is of society at any given time, such a law that lowers the threshold could also be used against the same people that are thinking that if we had a lower threshold, we would better be able to hold people accountable," she said.

Mia Yamamoto, a criminal defense attorney and civil rights activist, said it is important to call hate crimes what they are -- hate crimes.

"The next step really is not necessarily rely upon police or punishment. It relies a great deal upon going out into the community. I know this is a cliché, but education, advocacy, all of that matters, as well as protest," said Yamamoto.

A 76-year-old woman who fought back last week during an attack in San Francisco will donate the hundreds of thousands of dollars that have been raised for her, according to her family.


RELATED | Racism against Asian Americans: What can we do about it?
EMBED More News Videos