A Reseda man was arrested for allegedly violating Hawaii's quarantine rules for tourists after posting photos on social media of activities while he should have been in isolation, officials say.
KABC
By ABC7.com staff 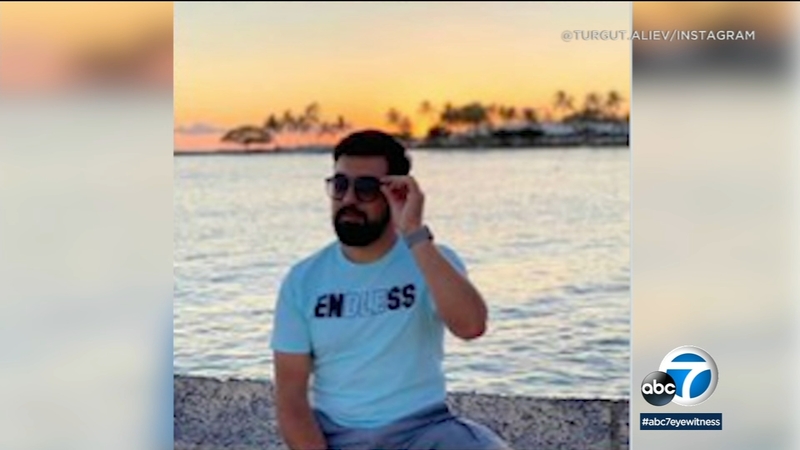 LOS ANGELES (KABC) -- A Reseda man was arrested for allegedly violating Hawaii's quarantine rules for tourists after posting photos on social media of outdoor activities while he should have been in isolation, officials say.

Authorities arrested Abdulla Aliyev early Saturday afternoon at the airport just an hour before he expected to catch a flight back to Los Angeles. Aliyev is a citizen of Azerbaijan who lives in Reseda and also goes by the name Turgut Aliev.

Hawaii has a 14-day quarantine rule for visitors to the islands. Officials say Aliyev arrived on Oahu on May 1 and quickly left his Airbnb condo that he rented on Waikiki.

Social media posts showed him at the beach, Foster Botanical Garden and other locations across the island, in addition to blogging while riding a bus.

So-called rogue tourists in Hawaii are being arrested for violating a 14-day mandatory quarantine policy.

Citizens who had seen his social media posts alerted authorities about the potential quarantine violation.

They began searching for him daily. They caught up to him at Daniel K. Inouye International Airport after he blogged that he was there and was leaving the island soon.