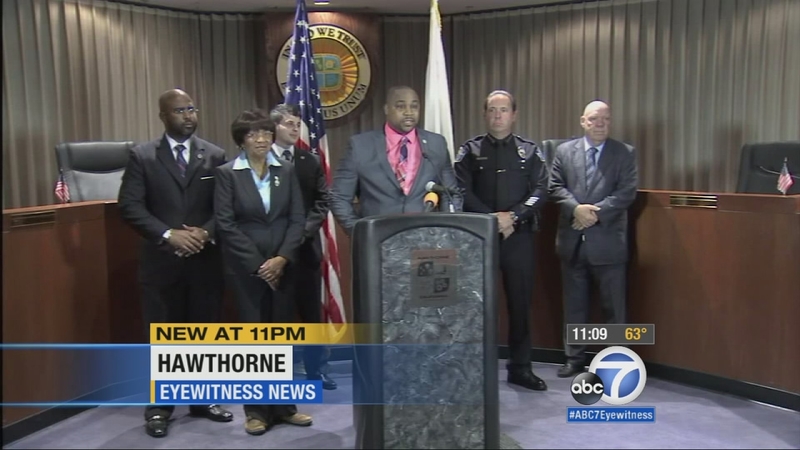 Hawthorne mayor asked to resign from office by residents

Speaking to an empty chair, residents called for Brown to resign. He owes $17,000 in back rent at his apartment, according to attorney Dennis Block, who represents the owner of the condo where Brown and his family has been living since November.

A recent article in the Daily Breeze reported he spent taxpayer money on a $20,000 remodel of his office and on 30 trips around the country during his 16 months in office.

The mayor's spokesperson says the article was inaccurate and the newspaper should apologize. Meanwhile, residents want the Hawthorne City Council to take action.

"Are you going to denounce this kind of action being done underneath your own noses? Will any of you require the mayor to reimburse the city?" asked Andrea Santana, a Hawthorne resident.

Councilman Alex Vargas says the council does need to address the allegations of how the mayor spent taxpayer money.

"It's something that concerns us with regards to not being able to get to the city's business. We want to avoid this type of distraction, but we also definitely have to look into something like this," Vargas said.

Halfway through the meeting, Brown joined the rest of the Hawthorne City Council to hear the agenda items.

Brown is the third Hawthorne mayor to make headlines. Previous Mayor Danny Juarez pleaded guilty last year to a felony charge of conflict of interest after keeping a $2,500 donation that was supposed to go to a police officer's memorial fund.