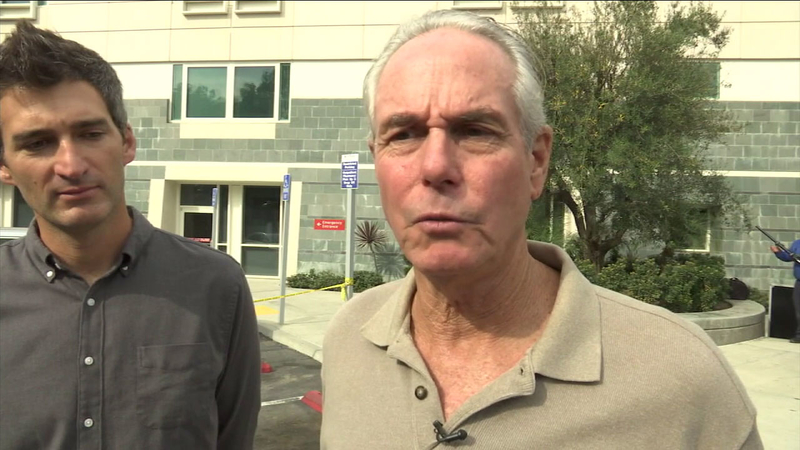 Luckily for him, the right people were there at the right time.

At Providence Little Company of Mary, 64-year-old Mike Patterson of Torrance met the first responders who saved his life.

"All my life I was a competitive swimmer," Patterson said.

"I usually swim between a mile-and-a half to two miles during a workout," Patterson added.

Good Samaritan Andy Krikorian was swimming laps with Patterson when he looked back.

"He was about halfway, hanging on to the lane line with one goggle around his head and the other one was awkwardly above his forehead," Krikorian said.

Patterson said Krikorian looked at him and asked if he was alright.

Patterson said Krikorian had his arm around his shoulder and was calling a lifeguard.

"When I looked at his face, he had the droop," Takigawa said. "He had the generalized weakness with the paralysis on one side."

Paramedics took Patterson to the hospital just three blocks away to Providence Little Company of Mary.

"It's a comprehensive stroke center, the Little Company of Mary, which is a top tier stroke treatment center," Capt. Duane Sweeton with the Torrance Fire Department said.

Patterson said he went from the pool to surgery in 42 minutes.

"A large vessel occlusion is when a clot typically forms in the heart, travels up to the brain and the best way and the fastest way to treat that is to navigate a catheter up into the brain and pull that clot out," Dr. Jason Tarpley, a vascular and interventional neurologist with Providence Little Company of Mary said.

This specialized clot removal helps 50 percent of patients, but doctors believed they could improve Patterson's outcome.

He was a good candidate for an experimental stroke drug called NA-1.

"We actually deliver a one-time dose of a neuro-protectant drug at the time of the patient's thrombectomy," Tarpley said.

"I talked to him and 36 hours later and he was fine," Krikorian said.

Patterson eats well and he's been extremely fit his entire life, but doctors said he has atrial fibrillation or an irregular heartbeat, which is a common risk factor for blood clots.

"Now he's taking a blood thinner in the aims of him not ending up on our table again," Tarpley said.