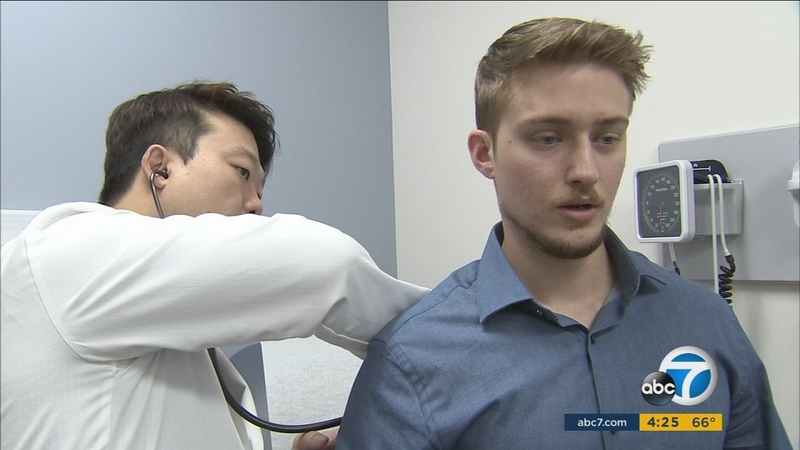 KOREATOWN, LOS ANGELES (KABC) -- Many people only seek medical care when they're hurt or very sick, which is why many emergency rooms could be overcrowded.

The problem also proves to be an issue in communities where access to primary care is limited.

Brian Nelson, 28, stopped going to his last doctor's practice because he said it was too big and inconvenient. His search for a new doctor brought him to Adventist Health Koreatown Clinic.

"You kinda get more of the doctor-patient relationship. It's a little bit smaller than other places," said Nelson.

While Koreatown is one of the most densely populated areas of Los Angeles, Dr. Evan Kim said research shows it was highly lacking in primary care physicians, leaving the community without one.

"Being able to communicate with someone who speaks their same language and may share their same culture and perspective really brings it around for them," Kim said.

"There is definitely a group of people out there in the Koreatown community where they don't have a primary care physician. Either because they can't afford it or insurance reasons or they just haven't been able to deal with insurance companies," Kim added.

Adventist Health was one of many hospital systems that opened up primary clinics in underserved communities where residents didn't have access to primary care.

Doctors said having a general practitioner significantly contributes to a person's overall health.

"To have that rapport with a physician really builds that relationship and also I believe helps prevent certain diseases from getting out of hand," Kim said.

"I feel like it's a big deal to kind of have someone who knows your situation and help you work through it, find a solution," Nelson said.

Having the backing of a hospital also gave the clinic the ability to offer patients more resources, like immediate lab results and better access to cutting edge treatments.