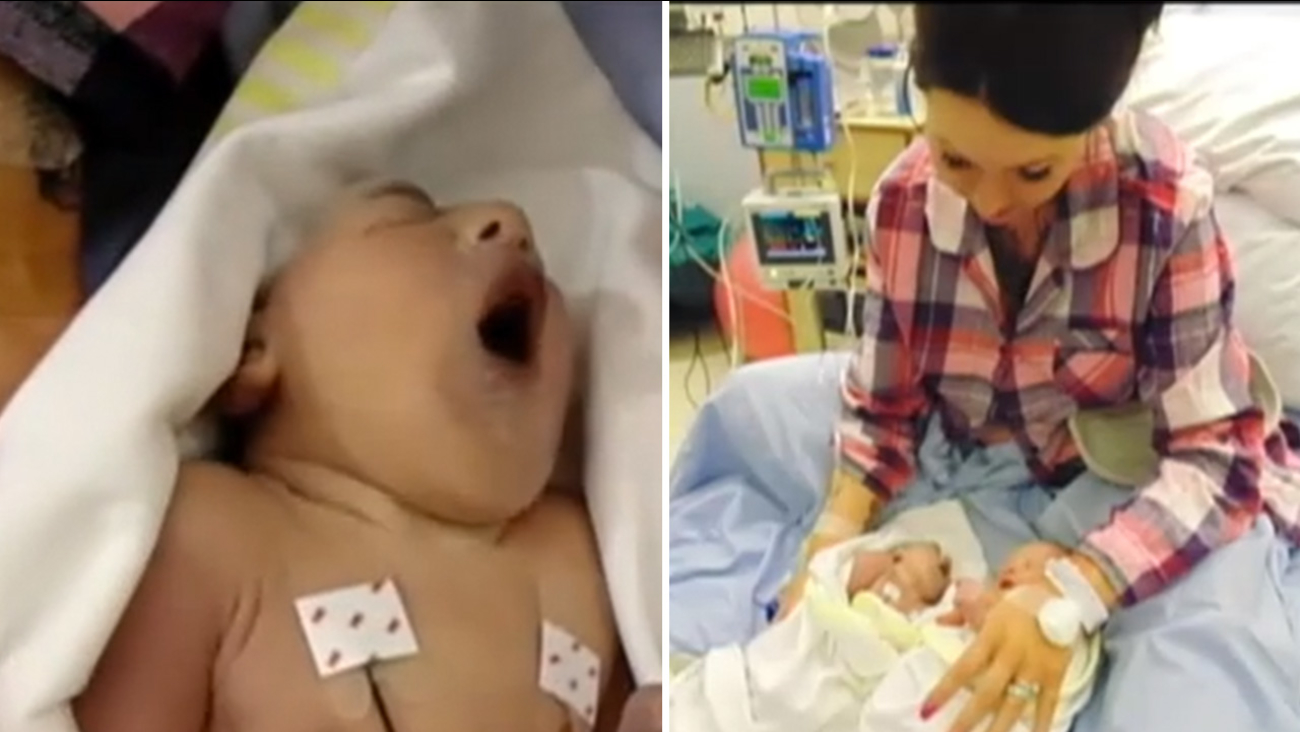 He may have only been alive for a few hours, but Teddy Houlston made a huge impact. (BBC/ABC News)

Teddy Houlston may have only been alive for 100 minutes, but he's still impacting lives today.

Jess and Mike Houlston of the United Kingdom were expecting twins when Jess was told 12 weeks into her pregnancy that Teddy, one of the babies, was terminally ill. Teddy had anencephaly, a condition that prevents the skull and brain from developing normally. Teddy was expected to either die in the womb or shortly after childbirth, according to ABC News.

"When we found out he wasn't going to survive, it was obviously crushing, soul-destroying," Jess said in a video for the Cardiff and Vale University Health Board.

Faced with the devastating news, Jess and Mike decided not to terminate the pregnancy, but to go ahead with the birth and hope that Teddy's organs could be donated.

"It was helping us that he could go on and live through someone else," Jess said. "It was the only positive thing that could have come out of here."

Teddy and his brother Noah were born on April 22, 2014. The family was able to bond with Teddy before he passed away after a few hours.

Teddy ended up making a big impact in his short life. His kidneys were transplanted into an adult recipient, saving that person's life, according to the National Health Service. That officially made Teddy the youngest organ donor ever in the U.K., according to the BBC.

Now, the family hopes on what would have been Teddy's first birthday, that their child's story will encourage others to sign up as an organ donor.

"In telling Teddy's story Mike and Jess demand that everyone, young and old, follows their example," Dr. Paul Murphy, National Clinical Lead for Organ Donation at NHS Blood and Transplant, said in a statement. "Put simply they say, 'Do it for Teddy.'"

Jess and Mike are grateful for the time they had with Teddy while he was here. ""He couldn't have done more for us," Mike said, according to ABC News. "We just couldn't have wished for any more, we had such precious two hours with him, that we couldn't ever, ever forget, that we couldn't wish for more. He was truly a hero to us."
Related topics:
health & fitnessorgan donationschildrenparentingbaby deathbabypregnancyfamilynewborn deathu.s. & world
Copyright © 2020 KABC-TV. All Rights Reserved.
More Videos
From CNN Newsource affiliates
TOP STORIES