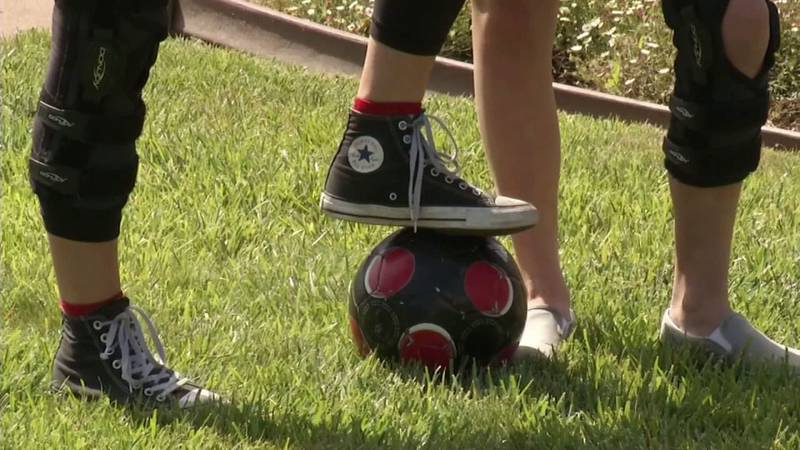 Every year, 1.5 million children suffer a serious sports injury, and kids as young as 8 end up with ACL tears and major-league level shoulder injuries.

So what's behind it? A California researcher shared some insight into a recent study he's done.

Sisters Gina and Anna Trent love to play soccer, but now it's out of reach because of the type of injury they have that is usually suffered by adults.

"I planted and then a twisted my knee and I tore my ACL," Anna Trent said.

Many children just play one sport with the hope that sole focus on it will pay off big. But the downside to that gamble can be serious injuries.

"Most of those kids just want to play on the playground. They don't know what an ACL is. Now, we're seeing kids as young as 5, 6, 7 years of age," Dr. Nirav Pandya said.

Pandya and his research team decided to look for the answer to many injuries children suffer.

"We looked at first-round NBA draft picks and saw how many of them played single sports in high school versus multiple sports and how did that impact their career," he said. "What we actually found is that the NBA players who played multiple sports played in more games and were less likely to be injured."

Playing different sports allows the body to use and stress different muscles and ligaments, which means not overusing and straining the same groups of muscles used in a single sport.