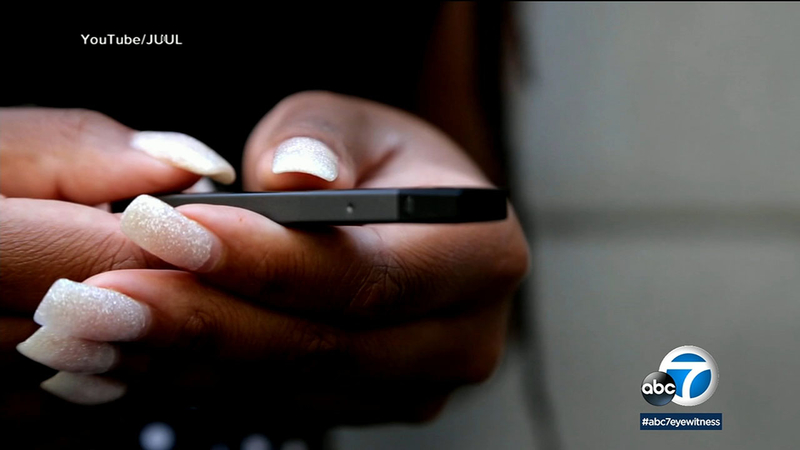 LOS ANGELES (KABC) -- E-cigarette giant Juul Labs is at the center of a class-action lawsuit filed by the Los Angeles Unified School District.

"We're taking this step to hold Juul accountable for the role it has played in creating an epidemic that affects the health of our students, student learning," LAUSD Superintendent Austin Beutner said.

Describing vaping as an epidemic in elementary, middle and high schools, Beutner believes students are becoming addicted to nicotine and other harmful substances. They are also losing days, weeks and months of instructional time.

The district is looking to get money back it says it lost in damage control caused by vaping.

"We've had to divert dollars away from classroom instruction and instead spend it on counseling and programs to help inform students of the dangers of vaping," Beutner said.

"Even our office technicians try to assist students who are having issues with vaping," said Agustin Gonzalez, principal at Thomas Jefferson High School.

LAUSD did not provide an exact dollar amount it has spent on this issue, but simply said it is too much.

Attorneys say Juul is named in the complaint because of its control over the market.

"It's no longer called vaping among the children, it's called Juuling," attorney Rahul Ravipudi said.

One California district attorney is opening an investigation into the company over what was described as knowingly false and misleading advertising that hooked young people to nicotine.

"If they're not going to tell the truth about those facts, then we will," Los Angeles City Attorney Mike Feuer said.

His office recently launched its own anti-vaping campaign.