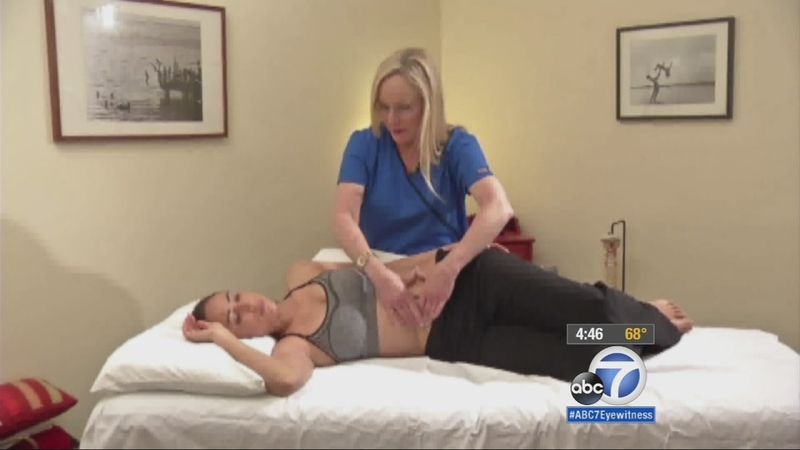 LOS ANGELES (KABC) -- Joshua and Julie Ledbetter always knew they wanted to have children, but two years ago Julie learned both of her Fallopian tubes were blocked.

The couple was told their only options were adoption or in vitro fertilization. But the Ledbetters found a third option and within six months Julie was pregnant.

Belinda Wurn, a physical therapist at a center in Florida, specializes in treating people for lower back and pelvic pain that is caused by adhesion, when scar tissue forms internally after surgery, infection, or endometriosis.

She uses a technique similar to massaging out a knot in a muscle. Wurn is able to massage away adhesions that are blocking Fallopian tubes.

"You just hold and the longer you stretch it all of the sudden it will give and it feels like it gets longer. That's what it feels like to us," Wurn said of the therapy.

As many as 1.5 million women in the U.S. have fertility problems, according to the Centers for Disease Control and Prevention.

In an analysis of 1,400 women with blocked Fallopian tubes, 57 percent became pregnant after treatment compared to national data that shows the success rate of surgery is between 22 and 34 percent.

The data, which was published in the Journal of Alternative Therapies, also showed that 54 percent of women whose infertility was caused by polycystic ovary syndrome became pregnant after the massage therapy compared to 33 percent who had surgery.

Because of those treatments, Julie is now pregnant with her second child.