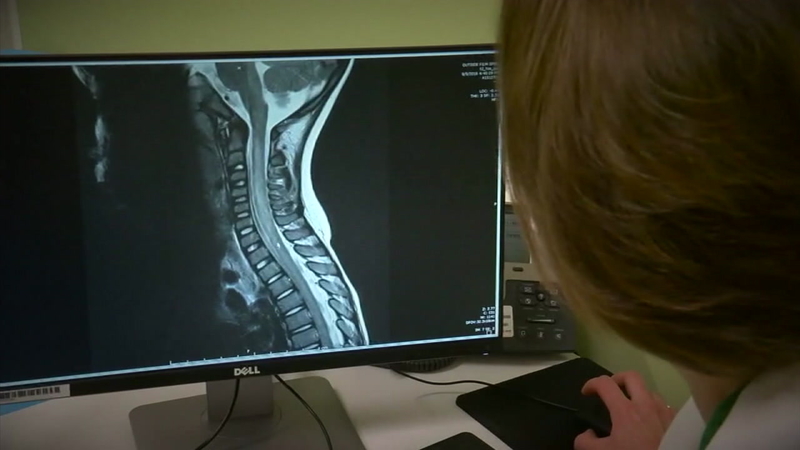 A rare polio-like illness is striking children across multiple states and there are now 38 confirmed cases of acute flaccid myelitis, or AFM.

The Centers for Disease Control is investigating the spike of this mysterious disease, which first made headlines in 2014.

Seven-year-old Lucian Olivera was one of those children diagnosed four years ago, and he's come a long way since then. At the time, doctors didn't really have a name for it, but now they believe it is acute flaccid myelitis.

Lucian can't stand without a brace or a walker but that doesn't stop him from doing handstands.

"I am very flexible," he said proudly.

He was one of the first cases documented. And since then, Lucian's mom says she's seen more and more children diagnosed every year.

"It breaks my heart each and every time," Erin Olivera said. "You kind of relive it each time."

"The Facebook group gives me some peace knowing that I can help others find a way to cope and continue their life," she said.

AFM strikes one in a million people from infancy to young adulthood. Doctors believe an enterovirus causes the polio-like syndrome although not every patient has tested positive for the same virus.

"They start with a flu-like illness, and they get progressive weakness of one of the four limbs. Up to four limbs can be involved," she said.

Until doctors get a clear understanding of what causes AFM, there is no treatment except for managing each of the patient's symptoms.

"If they have problems breathing, they get ventilated," Taylor said. "If they are having problems moving, we do physical therapy, bracing."

It took more than two years and many doctors for Erin to get the support Lucian needed. She and other parents are advocating for more coordination in the delivery of services.

"We as parents are now trying to ban together to get a very large and loud voice," she said.

When Lucian was diagnosed, doctors offered a grim prognosis. But Erin said she other families cannot lose heart.