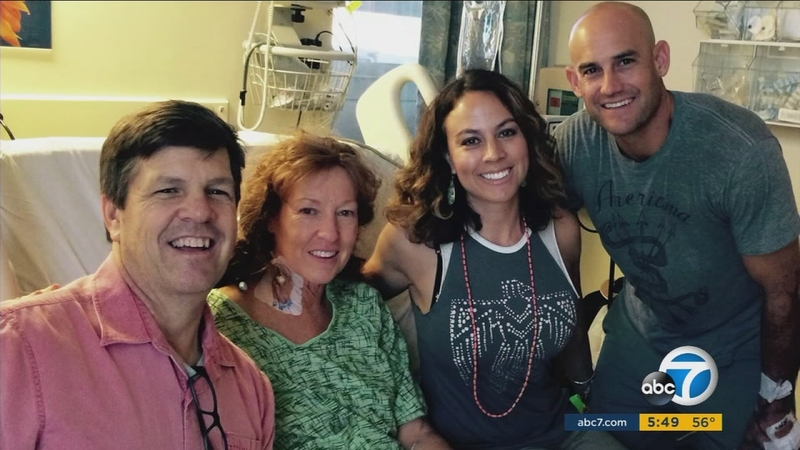 RIVERSIDE, Calif. (KABC) -- Capt. Patrick Hopkins is used to saving lives. But years before he would respond to emergency calls as a firefighter with the city of Riverside, he offered to give a friend the gift of life.

"I guess just in jest, I said, 'Hey I'll donate my kidney to you someday," Hopkins said.

That was in 2003. At the time, Debbie Harrison had been diagnosed with a kidney disease.

Hopkins was working for Harrison when she mentioned her situation. The two soon discovered they shared the same A-positive blood type -- the first step in the donation process.

"That offer has sustained me through several years always knowing that he had my back if something came up. I was hoping to out run it," Harrison said.

But eventually the disease caught up to her.

"About a year and a half ago, her husband John called me and said, 'Hey that offer you made 12 years ago, is that still on the table? Because Debbie is getting sick, and she's in need of a kidney now,'" Hopkins said.

"He was in our store the following day," John Harrison said.

In October, he and Debbie Harrison went under the knife. Seven weeks later, Hopkins was back at work.

"I've been back to work for a few weeks now, and I feel great," Hopkins said.

Harrison is still recovering, but many of her troubling and life-threatening symptoms are gone.

"I'm so happy to be at this point. I was able to enjoy the holidays with family," she said.

The two families are closer than ever and share a tight bond.