Southern California prepares for heat wave amid Stay Home order, with or without air conditioning

About 22% of households in the Los Angeles area do not have air conditioning, according an ABC7 analysis of data from the American Housing survey.
KABC
By Carlos Granda 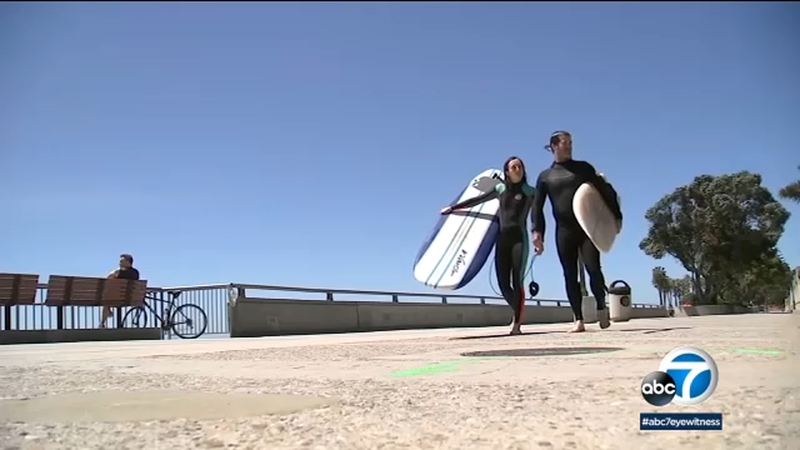 There are only four open cooling centers in Los Angeles, in recreation centers where physical distancing is possible.

Normally, people could go to the beach to cool down, but beaches in Los Angeles County are closed and health officials have urged residents not to go to Ventura County beaches that are open. So, people are staying home.

About 22% of households in the Los Angeles area do not have air conditioning, according an ABC7 analysis of data from the American Housing survey. That's about 3 million people in 1 million households.

Lower-income homes are less likely to have air conditioning. About 30% of households making less than $50,000 a year don't have AC. 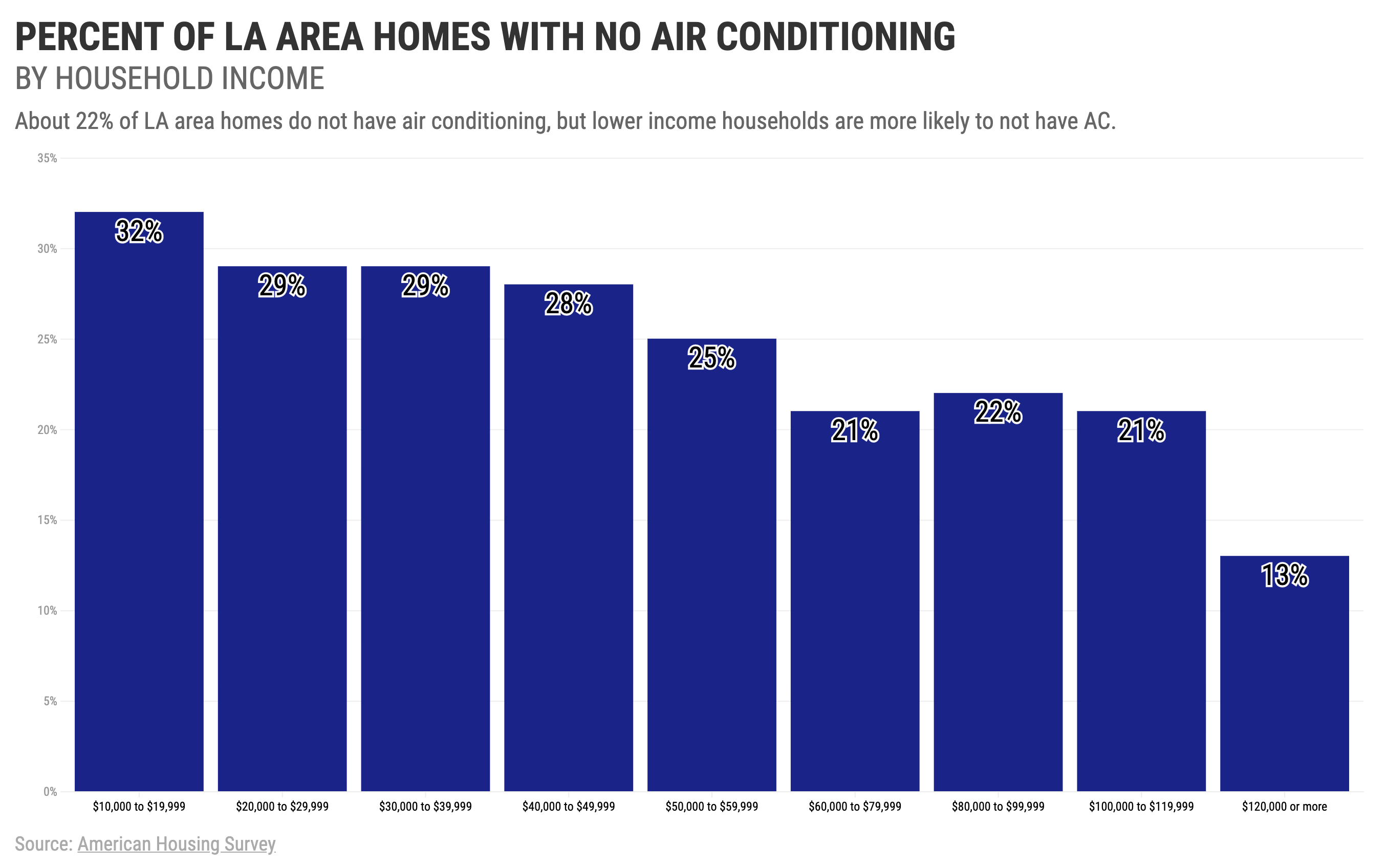 Click the graph above to open an interactive version in a new window.

App users: Click here for an interactive version of this graph

Sofia Cunningham lives in South Los Angeles and doesn't have air conditioning. She was sitting outside Friday morning.

"I don't want to be home because it's going to be hot," she said.
Those who do have air conditioners may be using them more often. But Marty Adams, the general manager and chief engineer of the Los Angeles Department of Water and Power, isn't worried about resulting outages.

"People are certainly using a lot more power at home with the air conditioning," Adams said. "At the same time, because it's still cooling off at night it's really not taxing the equipment. We've been more susceptible to some of the other things like wind that has caused some outages."
EMBED More News Videos

The heat wave has drawn crowds to Southern California beaches on Friday despite the Stay Home order issued amid the coronavirus pandemic.

Instead, Adams is encouraging people not to use more energy than they need to.

Hot temperatures will continue throughout the weekend and the cooling centers in LA will be open on Saturday.