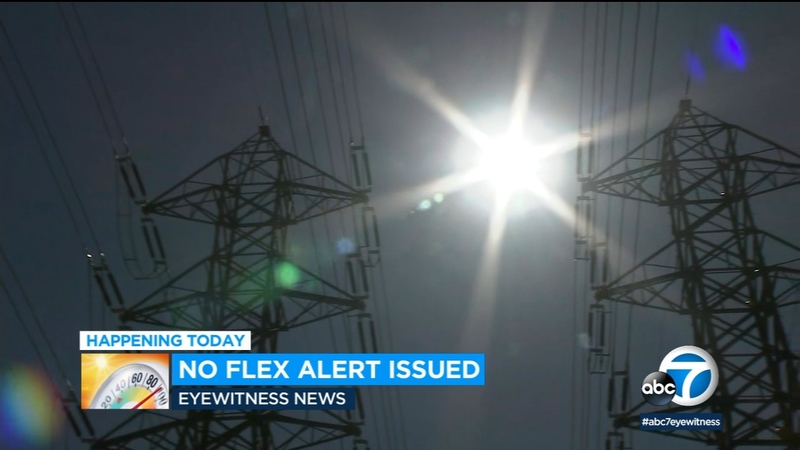 The extreme heat that plagued Southern California over the weekend is continuing Monday, and with it comes elevated fire danger for parts of the region.

Crews were already dealing with a massive brush fire that scorched at least 1,200 acres along the 5 Freeway north of Frazier Park in Kern County.

The wildfire, dubbed the Shell Fire, broke out Sunday afternoon and was 2% contained as of Monday morning, according to the Kern County Fire Department.

Nature is not helping firefighters as another heat wave settles over the Southland.

Crews are battling a brush fire burning along the 5 Freeway north of Frazier Park in Kern County as the region deals with hot, dry conditions.

Elevated fire conditions are expected to be in place at least through Friday, and fire-starting lightning is possible Tuesday through Friday. Fast fire growth could occur if a blaze starts.

Some monsoonal showers and thunderstorms are possible later in the week, according to the National Weather Service.

The NWS says the heat wave should peak Sunday and Monday as a hot air mass settles into place and high pressure builds. Officials say temperatures in the triple digits will be common in the valleys, foothills and desert.

Monday's highs were expected to reach at least 82 degrees in downtown Los Angeles, 96 in Van Nuys, 110 Lancaster and 104 in Santa Clarita, according to the NWS.

An excessive heat warning was in effect through 9 p.m. Monday in the Antelope Valley, the Santa Clarita Valley and Los Angeles County mountains, excluding the Santa Monica range. Forecaster warned that those areas will face "dangerously hot conditions with temperatures up to 110 expected.''

"Extreme heat will significantly increase the potential for heat-related illnesses, particularly for those working or participating in outdoor activities,'' according to the NWS.

A less-severe heat advisory was in effect in the San Fernando Valley, forecasting high temperatures in the 90s to 105.

"Drink plenty of fluids, stay in an air-conditioned room, stay out of the sun, and check up on relatives and neighbors,'' NWS forecasters advised. "Young children and pets should never be left unattended in vehicles under any circumstances.''

Health officials urged residents to stay hydrated, wear sunscreen and lightweight clothing, beware of symptoms of heat stroke and check on vulnerable friends and relatives, such as the sick, older adults, pregnant women, children and those who live alone.

AccuWeather shares the best way to prepare for a long-term power outage.

Los Angeles County library officials announced that the Lancaster Library, Quartz Hill Library and Acton Agua Dulce Library would be open Monday to serve as cooling centers. Information about cooling centers in the city of Los Angeles can be found at emergency.lacity.org.

The high temperatures are expected to last into the week.