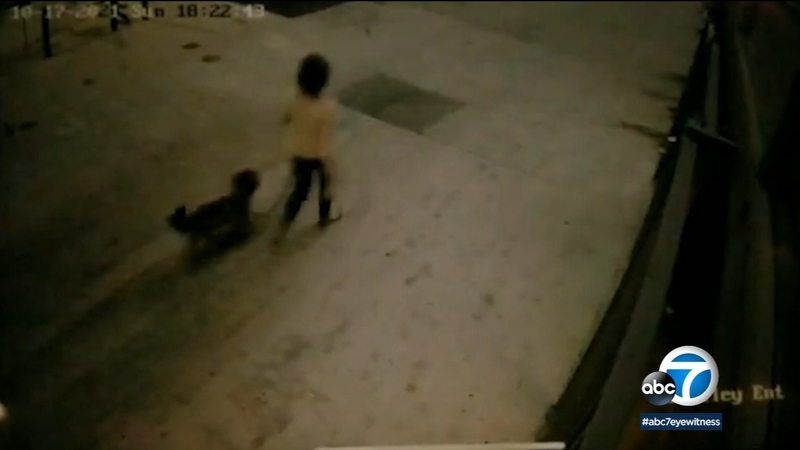 Friends who have been searching for the 39-year-old, who has been missing for nearly a month, are hoping the video will provide answers and spark new leads.

The footage was recorded Oct. 17, the day she disappeared. Friends say it confirms what they already believed.

Surveillance video captures Planck near a high-rise known as the Hope + Flower building.

Friends of Heidi Planck, a 39-year-old mother who vanished three weeks ago, held a prayer vigil where they asked for the public's help in finding her.

Her dog was later found wandering alone on an upper floor of the building.

"It does leave about a 30-minute time span between when that video was shot and the time her dog was found, and 30 minutes is a small window, so I feel we're down to figuring out what happened between 6:30 and 7 p.m.," Nadolny said.

Friends have been searching for Planck for more than three weeks, posting flyers and holding a vigil. They're hoping someone will help them find her.

Planck was seen leaving her West L.A. home with her dog Oct. 17. She went to her son's football game in Downey, but left early.

Loved ones haven't seen or heard from her since then.

"After weeks and weeks of just going off of blind faith to finally have some physical evidence that she was in fact there, it's just given us the little push that we need to keep going," another one of Planck's friends said.

Planck is described as white with blond hair and blue eyes. She is 5 feet 3 inches tall and weighs about 120 pounds. She was last seen wearing jeans and a gray sweater, driving a gray 2017 Range Rover with California license plate No. U840X0.

Anyone with information about her whereabouts is urged to call the LAPD's Missing Persons Unit at (213)996-1800.