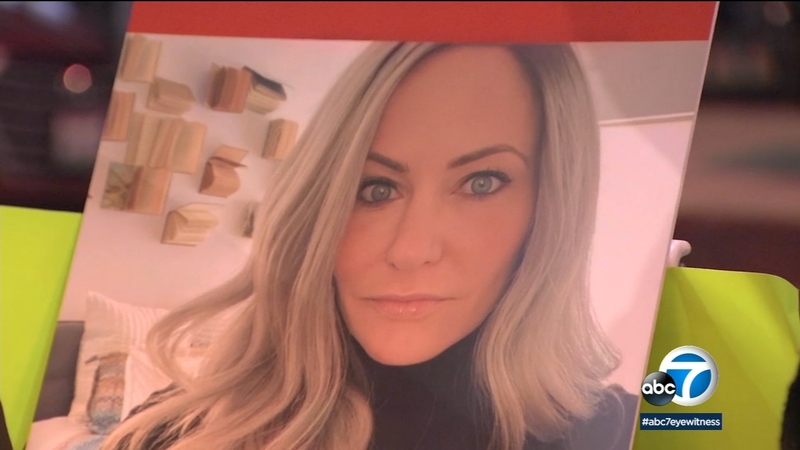 LOS ANGELES (KABC) -- Friends of Heidi Planck, a 39-year-old mother who vanished three weeks ago, held a prayer vigil Sunday evening and asked for the public's help in finding her.

"I just miss her, and I love her, and we're not going stop looking until we find answers," said one woman who spoke at the vigil.

Planck was last seen on Oct. 17 in the 7800 block of Gardendale Street in Downey, according to the Los Angeles Police Department.

Security footage from Oct. 17 shows her leaving her Palms home on L.A.'s Westside with her dog.

Planck went to Downey to watch her 10-year-old son play football, but her ex-husband Jim Wayne said she was "edgy" and left the game early.

The family contacted police three days later, after she didn't pick her son up from school.

"It's not like her," said one friend at the vigil. "If nothing else, her son -- she would never leave her son like this."
EMBED More News Videos

On the day she went missing, Planck's dog was found wandering around alone on an upper floor of a high-rise apartment building in downtown Los Angeles. But it's not known how the dog ended up there, or if Planck had any connection to the building.

Close friends have been searching tirelessly for Planck, posting numerous flyers in the downtown area and in West Los Angeles.

"My only hope, and my prayers and my faith in God, is that Heidi comes back safely and Heidi is safe," said her friend Natalie John. "But there's a little boy that's waiting for her. He's going through a lot."

Planck is described as white with blond hair and blue eyes. She is 5 feet 3 inches tall and weighs about 120 pounds. She was last seen wearing jeans and a gray sweater, driving a gray 2017 Range Rover with California license plate No. U840X0.

Anyone with information about her whereabouts is urged to call the LAPD's Missing Persons Unit at (213)996-1800.