San Bernardino County sheriff's personnel on Friday, March 2, 2017, temporarily suspended a search for a 2-year-old boy who was missing after a crash that killed his mother and sibling.

HESPERIA, Calif. (KABC) -- A 2-year-old boy remained missing Friday following a crash into a Hesperia aqueduct that claimed the lives of his mother and brother and left another brother hospitalized.

The fatal collision occurred about 6:45 p.m. Thursday in the 13000 block of Main Street, where the family's vehicle veered off the road, slammed through a guardrail and overturned into the water.

Authorities pulled three people from the aqueduct: driver Christina Eileen Estrada, 31, who was pronounced dead at the scene; Jeremiah Robert Abbott, 3, who died at a hospital; and Elijah Estrada, 10, who was in stable condition.

The San Bernardino County Sheriff's Department's Dive Team scoured the frigid water in a search for Noah Abbott, 2, on Thursday and Friday. The search is expected to resume early Saturday morning.

In a tearful interview at the scene, the children's grandmother discussed the tragic loss.

"We loved her," Shayla Blakemore said of Estrada. "She gave us those babies and we're going to miss her just as much as we miss the babies. She was the heart of their family."

According to Blakemore, Elijah "said he tried to save his brothers and he couldn't."

The cause of the crash remained unclear.

"Was there another vehicle involved? Maybe. There was no contact," said sheriff's spokeswoman Cindy Bachman.

Whether another vehicle possibly "forced her off the road" or Estrada suffered a medical condition, "we just don't know," Bachman said. "There's nothing to indicate it was intentional," she added.

Blakemore's voice choked with emotion as she discussed her missing grandson.

"I know that his physical body is in there," she said of the aqueduct, "but his soul - and he is an angel in heaven - and God has wrapped his arms around those two babies."

A GoFundMe page has been created to help pay for the family's funeral and medical expenses. 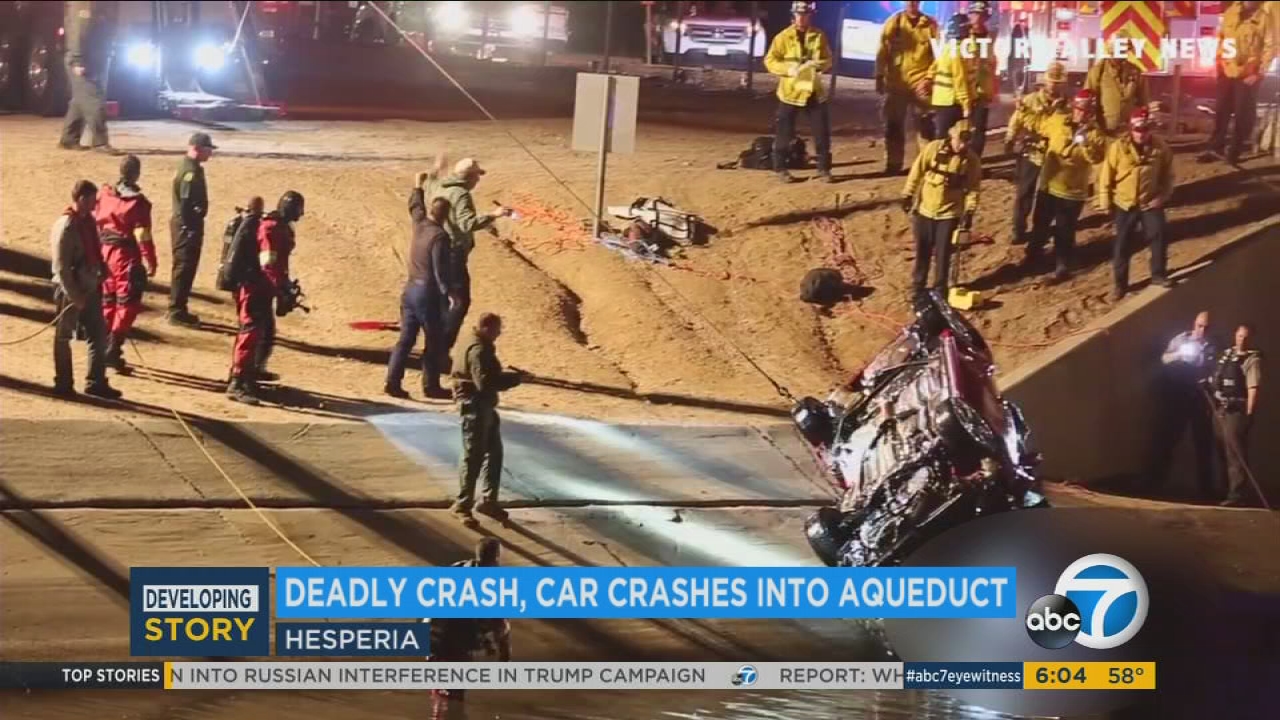